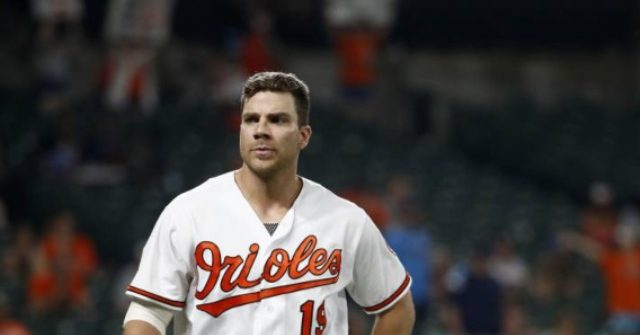 The Baltimore Orioles’ Chris Davis has gone from being a celebrated $161 million guaranteed contract winner to the very edge of setting the record for baseball’s worst hitting slump, and fans are not happy about it.

Celebrated as a great slugger when he was signed for that huge contract in 2016, Davis has proved to be the exact opposite for the Orioles and now stands only a few games away from MLB’s worst hitting slump, Baltimore’s CBS affiliate reports.

Davis’ slump began last season, to date, he has not hit in his last 35 at-bats. If he whiffs just 11 more times, he will eclipse the worst no-hitting streak in Major League Baseball history. Matching the futility mark set by San Francisco Giants infielder Eugenio Velez, who went 46 at-bats without a hit between 2010 and 2011.

Unsurprisingly, Davis ended the 2018 season with the worst batting average in the whole league.

None of this is lost on the fans. After his third strike out during Thursday’s home opener, a shower of boos rained down on Davis from the stands.

Chris Davis strikes out for the third time today and the boos continue in Baltimore. Really tough scene. #Orioles pic.twitter.com/hDE5l79E0I

Davis said that the wave of hate surprised him.

“It’s not something I was really expecting,” Davis told the media in a post-game interview. “It was tough. At the same time, I heard it a lot last year, and rightfully so. I’ve said it before, I’ll say it again: I understand the frustration. Nobody’s more frustrated than I am. Especially a day like today, the kind of game we were having, really kind of had them on their heels the whole game. It was a frustrating game for me personally.”

Earning the worst batting average last season was bad enough, but fans hope he doesn’t earn himself the even sadder record of the worst hitting slump in MLB history. Regardless, though, his bank account won’t suffer, and that may just be salt in the wound for the fans.