Castro: Biden Shouldn't Joke About Allegations – 'Bullsh*t' to Say People Can Laugh It Off 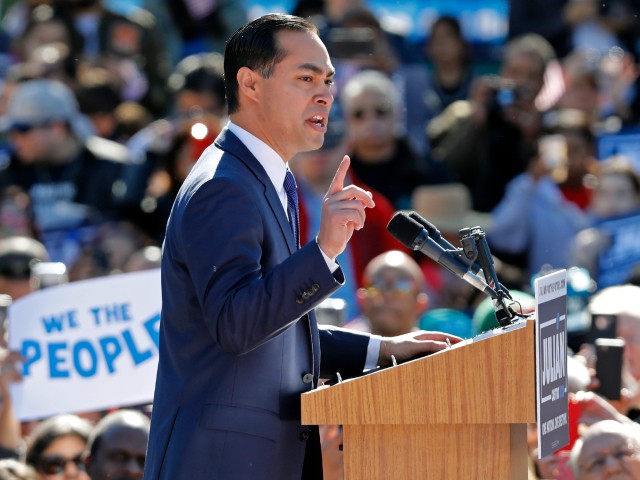 On Friday’s broadcast of HBO’s “Real Time,” 2020 presidential candidate, former HUD Secretary, and former San Antonio Mayor Julián Castro (D) weighed in on the controversy over former Vice President Joe Biden and stated that Biden didn’t make anyone feel uncomfortable on purpose, but Biden shouldn’t joke about it, and “it’s bullshit to say that people can get away with laughing it off.”

Host Bill Maher said he thinks Biden “should joke about it. I don’t think it’s that big a deal.”

Castro responded, “I disagree. … Because for forever, we have told women, basically, essentially, just be quiet about stuff like this.”

Castro added that “there are gradations of it.”

He continued, “However, in the workplace every day, and so many different contexts, women have basically had to swallow that and not be taken seriously when they say, hey, look, this kind of behavior makes me uncomfortable. So, what I said is that I understand that the vice president didn’t intend to make people uncomfortable. At the same time, I think as men, it’s incumbent upon us to also understand that it’s not just your intention. It’s also how your actions are making somebody feel. They’re not making up those feelings. So, I think that there is a way to reconcile that, and to me, we’re going to really progress when you have workplaces that are able to take both of those two things seriously. We’re still navigating all of that in this #MeToo era. … I think it’s bullshit to say that people can get away with laughing it off.”