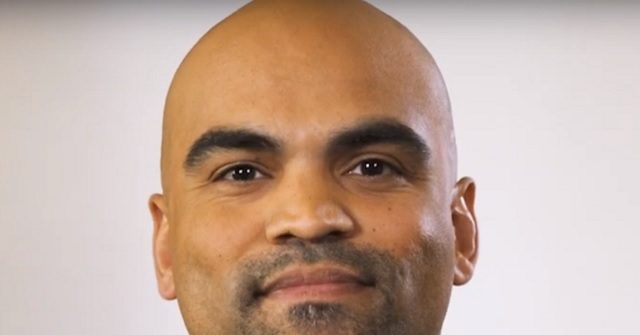 During Friday’s Democratic Weekly Address, Representative Colin Allred (D-TX) stated that “to fulfill an empty, partisan promise,” the Trump administration is working to strike down the Affordable Care Act in court.

“Hey everybody, I’m Congressman Colin Allred. I represent the 32nd district of Texas where I was born and raised.

My story could only happen in America.

I was raised by a single Mom who was a Dallas public school teacher, with the help of my teachers, coaches and mentors at the Town North YMCA who gave me the support I needed to chase my version of the American dream. Whether that was to play college football and then play in the NFL. Or to become a civil rights attorney and work in the Obama Administration.

That is who we are as a nation. We’re at our best when we look out for each other, just like the community in North Texas looked out for me.

That’s why this week, I was proud to lead a bipartisan resolution that puts the U.S. House of Representatives on the side of the people and protecting our health care.

In an attempt to fulfill an empty, partisan promise, the Trump Administration has decided to work to invalidate the entirety of the Affordable Care Act in federal court.

This is unacceptable. We can’t go back to the bad old days when people were denied care because they had a pre-existing condition.

I was elected as part of this new Congress to put an end to the sabotage of Americans’ health care, and we are working together to do just that.

Like many Americans, health care is personal for me. My mom is a breast cancer survivor. My wife Aly and I just had a baby. Both of those can count as pre-existing conditions.

My home state of Texas has the highest uninsured rate in the country. One in five people in my home of Dallas County don’t have health care.

North Texans don’t think this is a partisan issue, which is why I’ll work with anyone to protect the progress we’ve made, fight to lower costs and increase coverage. They want to know if you work hard and play by the rules, you can have good health care, that’s affordable.

That brings me to Natalie.

Natalie had a good job as a lawyer, and a beautiful family. She had two kids, Hugo and Mia, and was married to Nathan, a law professor at SMU.

I met Natalie on the same day the House voted to repeal the Affordable Care Act. I learned she had stage 4 cancer and that she had come to our event from chemotherapy. Natalie explained to me that her goal was to fight her cancer as long as possible so that her children, Hugo and Mia, would know her.

Natalie was worried about future moms like her who would lose their care if the Affordable Care Act was repealed.

She was concerned about a return to days with lifetime caps and discrimination against people with pre-existing conditions.

Sadly, Natalie died last year, but her fight goes on.

A fight to protect health care, that I am honored to carry forward with my colleagues on behalf of North Texans and millions of Americans like Natalie.

The American people are counting on us to get things done. I encourage my colleagues across the aisle to put aside politics, and join us in an effort to fix our health care system so it works better for everyone.

That’s why Democrats are advancing bold new legislation to lower health care costs and prescription drug prices – and why we’re working to strengthen protections for people with pre-existing conditions even further. A Congress that works For The People works to make health care more affordable, not to take it away.