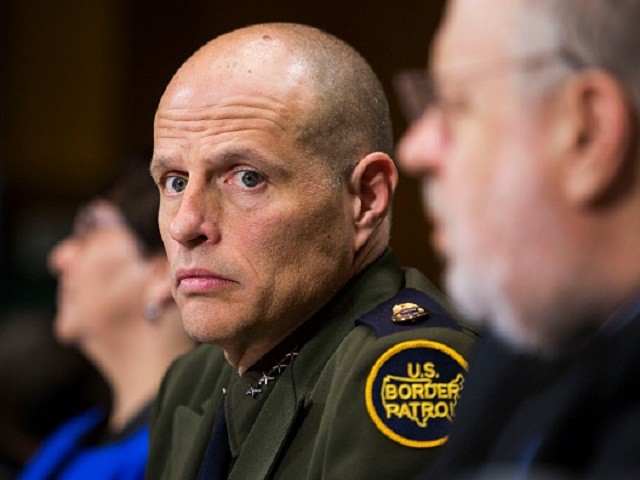 The shift comes amid the growing wave of Central American economic migrants who are using Obama-era legal loopholes to walk through the border wall and into jobs, neighborhoods, and blue-collar schools throughout the United States. That wave is expected to deliver one million migrants into the United States by October, and it is made possible because Democrats are blocking any reform the border loopholes.

Immigration reformers fear that Obama-appointed staffers and former business lobbyists are keeping Trump in the dark about ways to improve operation at the DHS.

“I don’t now know if the President is getting the information he needs about what powers he has,” according to Rosemary Jenks, policy director at the Center for Immigration Studies. “Secretary Nielsen and some of the attorneys in DHS are blocking the information because they are afraid of implementing some of the things they can do,” partly because they are afraid of lawsuits, she said.

For example, many so-called “Unaccompanied Alien Children” are being smuggled up the border because Trump’s agencies will pass them to their illegal immigrant parents living throughout the United States, under policies set by Obama. But those youths and children should be sent home, said Jenks, because the 2008 law only protects trafficked victims, such as forced prostitutes, not youths and children who have parents in the United States or who are willingly smuggled up to the border.

According to the Washington Post, Vitiello’s exit was prompted by Steve Miller, one of Trump’s first aides who earlier played a key role in derailing the 2013 “Gang of Eight” amnesty and cheap labor bill. The Post said:

Six administration officials said Friday that the decision to jettison Vitiello was a sign of the expanding influence that Miller now wields over immigration matters in the White House, particularly as Trump lashes out at Mexico and Central American nations — as well as Homeland Security officials and aides who express doubts about the legality of his ideas.

One person familiar with the president’s thinking said that Mr. Trump believed that Mr. Vitiello did not favor closing the border, as the president had proposed before backing off that threat this week.

Another person said that Stephen Miller, the president’s chief policy adviser and a supporter of curtailing legal and illegal immigration, did not support Mr. Vitiello’s nomination.

Vitiello’s defenders lashed out at Miller. The Washington Post highlighted the complaints:

“Ron Vitiello has spent as much time defending our nation’s borders as Stephen Miller has been alive,” one official said of Miller, who is 33.

One senior official said: “This is part of an increasingly desperate effort by Stephen to throw people under the bus when the policies he has advocated are not effective. Once it becomes clear that Stephen’s policies aren’t working, he tells the president, ‘They’re not the right people.’”

But Vitiello’s appointment was opposed by the ICE officers’ union, the National ICE Council. Vitiello “lacks the judgment and professionalism to effectively lead a federal agency,” said a February letter from union President Chris Crane.

In November, the opposition delayed a critical Senate vote on Vitiello’s nomination:

DHS Nielsen is sending more migrants back to Mexico before their asylum hearings. Huge issue b/c it attacks the biz of trafficking workers into US jobs. Cartels won’t smuggle (& US lawyers won’t litigate) if the migrants can’t pay smuggling (& legal) bills https://t.co/x25nbkhJ4H