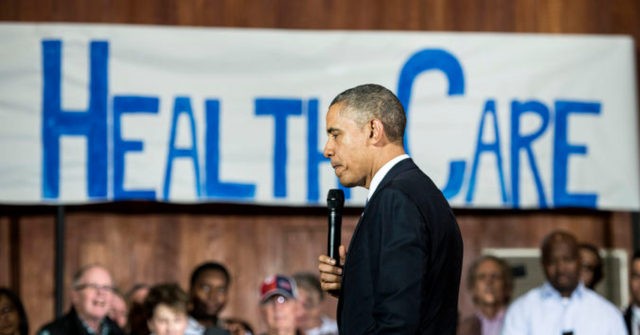 Obamacare, former President Barack Obama’s legacy policy, continues to be seen by the public as a massive failure, according to the latest polling.

On the issue of co-pays, only 13 percent say their co-pays are better while 35 percent say worse.

Other than the issue of provider access, on these same questions a plurality said nothing has changed.

Current polling shows that when asked to simply choose between favoring or opposing Obamacare, a slim majority of 51 percent favor while 39 percent oppose, but that is still a terrible number for an entitlement program that’s been around for nearly a decade. There is just no question that the country is still divided on the issue and probably tired of the bitter, decade-long argument over it, especially after the Republican Party failed to keep its repeal promise.

The Hill-HarrisX poll, though, is a much better indicator of just how badly Obamacare is failing on the ground, in the practical world, on a personal level after every promise that was made to ensure the passage of the boondoggle turned out to be straight up lies and hoaxes.

As it turns out, after dozens of promises from Obama himself, we were not allowed to keep the doctors and health insurance plans we liked. Millions and millions of Americans were screwed out of both.

As it turns out, despite Obama’s promise of an annual $2500 savings, Obamacare exploded the cost of monthly premiums by forcing millions and millions of American to enroll in government-mandated Cadillac plans most people do not need.

The worst part of Obamacare, though, is the deductibles that can run into thousands of dollars. Heaven only knows how many millions of people are paying for an exorbitant monthly premium and for their own health care because of that obnoxiously high deductible. In other words, people are making payments on a Cadillac they never get to drive.

The scourge of Obamacare would have been eliminated two years ago, but the late Sen. John McCain dishonored himself in a petty and vindictive vote against repeal, even though he was the deciding vote, even though on countless occasions over the years he promised he would vote for repeal.

What one small and petty man did to kill an opportunity for real health care reform will haunt this country for generations.