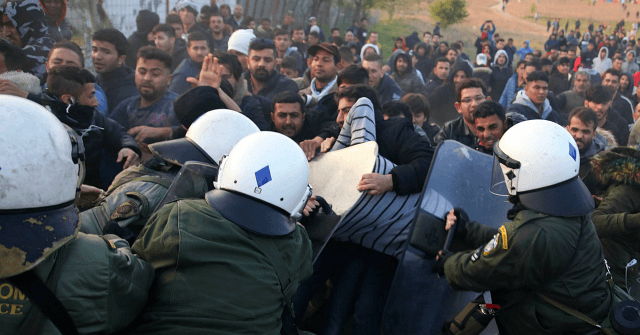 DIAVATA, Greece (AP) – Hundreds of protesting migrants have clashed with police for a third straight day outside an overcrowded camp, with migrants throwing rocks at officers who responded with tear gas and stun grenades.

Several migrants, including children, have fainted amid the clouds of tear gas on Saturday. The protesters have lit fires to make the air more bearable, but fires have also erupted from exploding stun grenades.

Greek officials say the migrants have been mobilised by fake news originating on social media and false reports that the road to central Europe, tightly sealed to migrants for three years, is open, and that buses chartered by non-governmental organizations are waiting on the other side of the border with North Macedonia, about 60 kilometres (40 miles) to the north.