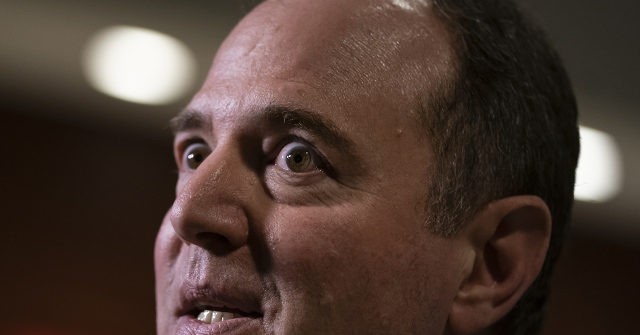 Sunday on CNN’s “State of the Union,” Rep. Adam Schiff (D-CA) said there was “ample evidence” of collusion between President Donald Trump’s campaign and the Russians.

Schiff said, “What I said on your show and others for over a year now, yes, there’s ample evidence of collusion in plain sight. That’s not proof of a conspiracy beyond a reasonable doubt. I would defer to Bob Mueller’s judgment, and I do. I think what we’re talking about here is the difference between conduct that rises to the level of criminality and conduct that is unethical, unpatriotic and corrupt but may not be criminal.”

He continued, “I don’t regret calling out this president for deeply unethical and improper conduct. Not a bit. I think the moment we start to think that we should back away from exposing this kind of malfeasance and corruption is a dangerous point.”

He added, “There is a risk when you have an immoral president, a president lacking in basic character who violates the norms of office, an even greater risk of doing too little oversight. I make no apologies for that. I’ll continue holding this administration accountable.”

Khanna: Davos Is ‘More of the Problem’ — It’s ‘Cosmopolitanism for Elites’ that Forgets Citizens