African Rhino Poacher Trampled by Elephant, Then Eaten by Lion 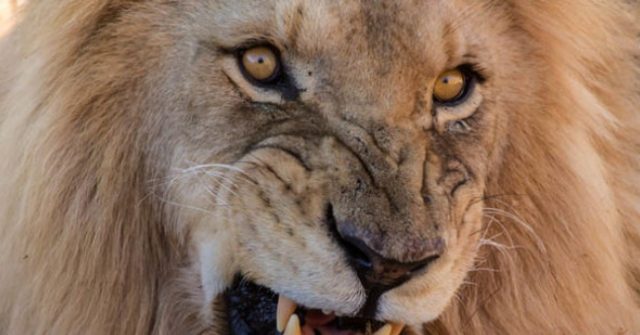 Conservation officers in South Africa found the body of a suspected poacher that they now think was killed by an elephant who trampled him. But, to add another layer to the man’s death, his body was also partially eaten by a lion.

Officials of the South African National Parks Service told reporters of the body discovered at the Kruger National Park. Authorities said that the man’s family reported that he had been killed, according to the Daily News.

Four fellow poachers reportedly fled the scene as the man was being trampled and reported the death to the man’s family. The family then contacted park officials and a search party for the remains was organized.

“Entering Kruger National Park illegally and on foot is not wise, it holds many dangers, and this incident is evidence of that,” Kruger National Park Managing Executive Glenn Phillips said. “It is very sad to see the daughters of the diseased mourning the loss of their father, and worse still, only being able to recover very little of his remains.”

The African Wildlife Foundation has warned that poaching “threatens the biodiversity of the entire continent” in Africa.

The organization added that “between January 2005 and January 2017, nearly 2,000 elephants and roughly 6,300 rhinos had been slaughtered at the hands of poachers in South Africa and Kenya alone.”

The four men who were attempting to poach with the deceased were later arrested and will soon appear in court. Graham: ‘I Had More to Do With the Mueller Report Than Probably He Did’ | Breitbart 'Absolutely No Moderation and No Rules': Establishment Media Melts Down After Elon Musk Signs Twitter Deal