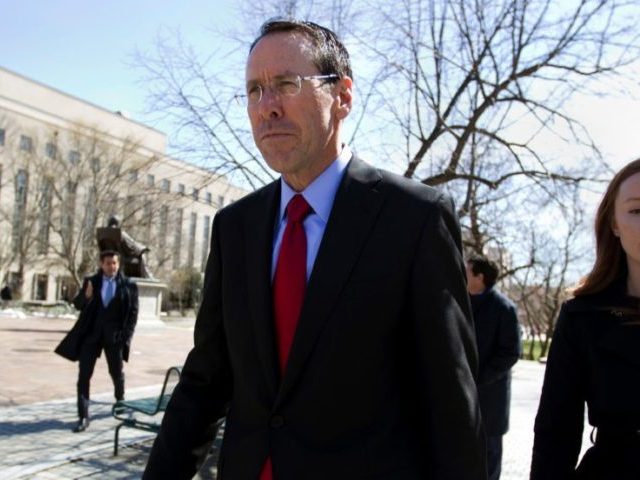 Stephenson was not on President Donald Trump’s official schedule for the day and some top aides were not aware the meeting had occurred even after the fact, according to people familiar with the matter. Some were surprised that the meeting took place given that Stephenson made comments in 2017 that were largely interpreted as accusing the president of attempting to use the Justice Department to block AT&T’s acquisition of Time-Warner out of antipathy against CNN.

“There’s been a lot of reporting and speculation whether this is all about CNN,” Stephenson said at a 2017 press conference. “Frankly, I don’t know. But nobody should be surprised the question keeps coming up, because we’ve witnessed such an abrupt change in the application of anti-trust law.”

“We cannot and we will not be party to any agreement that would give even the perception of compromising the first amendment protection of the press,” Stephenson said. “So any agreement that results in us forfeiting control of CNN, whether directly, or indirectly, is a nonstarter.”

Stephenson was ushered into the Oval Office by Larry Kudlow, Trump’s top economic adviser, according to a person familiar with the matter.

One of the topics broached in the conversation was the administration’s 5G policy, a person briefed on the matter said.