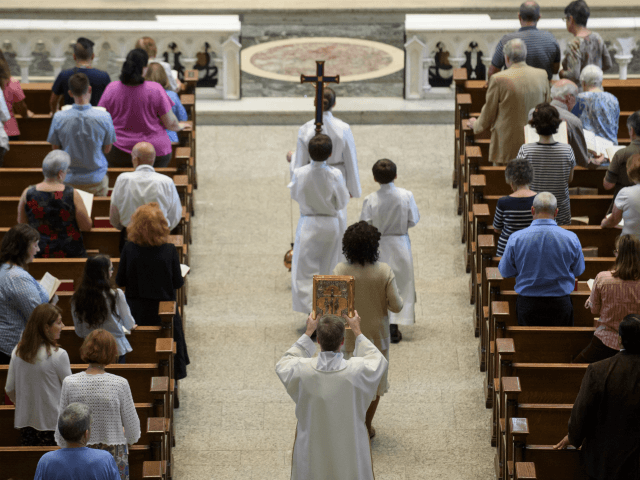 The number of Catholics in Australia fell by a significant 2.7 percent between 2011 and 2016, the National Center for Pastoral Research reported last week.

Analyzing national census data from the most recent available year (2016), the center reported that the Catholic population had dropped from 5.4 million in 2011 to some 5.3 million in 2016 in its “Social Profile of the Catholic Community in Australia.”

The rapid decline in Australia’s Catholic population was even more dramatic as a percentage of the total population, the center found, falling from 25.3 percent of the population to just 22.6 percent, a decrease of 12 percent in just five years.

The center also noted that a higher percentage of Catholics were born overseas than five years earlier, and often immigrated from non-English-speaking countries.

Although the percentage of Catholics in the total population is the highest among all religions, it is overshadowed by the number of Australians who identify with no religion at all, a group that makes up 30.1 percent of the population.

“The drop in the number of Catholics is concerning and the bishops are keen to understand what’s behind it and respond as positively as possible,” said Archbishop Mark Coleridge of Brisbane, president of the Australian bishops’ conference.

Archbishop Coleridge said that the decline in affiliation with the Catholic Church has been compounded by a drop in religious practice among Catholics, and speculated that government investigations and “related revelations about child sexual abuse as well as a general drift away from religious practice and a broader trend of disaffiliation” have affected Australia’s Catholic population.

Last month, an Australian judge sentenced Cardinal George Pell to six years in prison for sexual abuse, following a secret trial that was widely perceived as a travesty of justice.

The former head of the Vatican’s doctrinal office, the German Cardinal Gerhard Müller, said that the accusations against Pell were “absolutely unbelievable. It’s impossible. It’s without proof, against all evidence.”

Not all the recent news was bad for Catholics, however, and the National Center for Pastoral Research, which assists the Australian Catholic Church in understanding the cultural, social, and personal dimensions of religions throughout the country, found that Catholics are more than twice as likely to have a university degree than two decades ago.

The Australian bishops intend to use the findings of the report to assist in planning in ministry development to better cater to the real needs of the population.

“All of this is important data as we plan for a very different future, given that any effective planning needs to be based on fact, not fantasy,” Archbishop Coleridge said. U.S. Monkeypox Cases Increase by 500 in Five Days, Per CDC