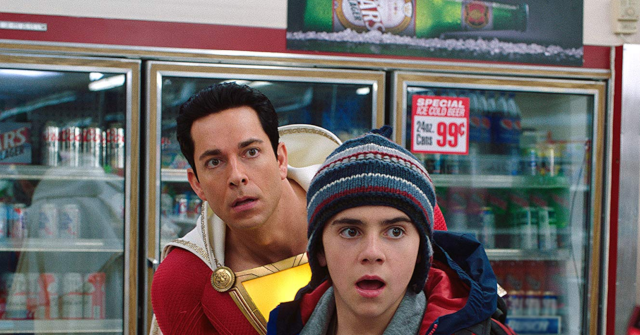 April’s first full weekend came in mostly along forecasted earnings with Shazam debuting strong along with a good debut for the latest adaptation of Stephen King’s Pet Sematary. But the Taraji P. Henson-starring The Best of Enemies did not fare as well as expected.

Warner Bros.’s release of the latest superhero film, Shazam, performed just a bit above expectations, according to Box Office Mojo, earning $56.7 million since Friday. The film was a hit among critics and appealed to a young audience with just over half the audience being males under the age of 25. Shazam also earned $102 million overseas.

Forecasters imagine that Shazam will be a solid earner with perhaps as much as $160 million before the debut of Marvel’s likely blockbuster Avengers: End Game at the end of the month.

In second place, Paramount’s Pet Sematary dug up an estimated $25 million opening, making the spooky film the second-most lucrative opening for a Stephen King adaptation since 2017’s It. Pet Sematary drew an older audience than Shazam with 58 percent of its viewers coming from the over 25 market.

If trends hold, Pet Sematary will earn similar final box office takes of some of the other recent fright pic remakes such as 2013’s Evil Dead, 2007’s Halloween remake, and 2005’s The Amityville Horror.

Dumbo earned the third spot for the weekend, but took a major dip, losing 60 percent of its audience from its debut weekend last week. The Disney film earned an additional $18.2 million bringing its total thus far to $214 million for both domestic and overseas.

Coming in fourth, Universal’s Us also took a hard fall, losing 58 percent of its second-weekend audience. The psychological shocker earned another $10.3 million, boosting its total box office take to world earnings of nearly $375 million. It now ranks among the five top-grossing R-rated horror films of all time.

Disney’s Captain Marvel continued to win its top five status by hanging on as the fifth-most attended film for the first weekend of April with another $12.58 million in domestic earnings. In the last few days, Captain Marvel finally made it into the billion-dollar club and now has an international box office take of $1.037 billion. That puts the Brie Larson-starring actioner among the top 30 earning films of all time.

However, despite a heavy ad campaign, Empire star Taraji P. Henson’s Best of Enemies came in below expectations with an estimated $4.5 million opening. Despite accolades, good reviews, and opening in 1,700 theaters, the Civil Rights-era period film did not meet the $5 million estimated box office take.