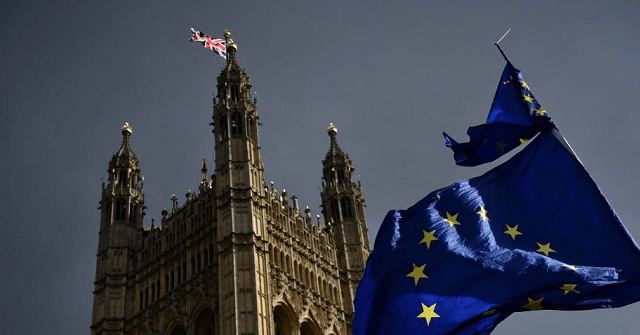 “Brexit madness” has overtaken the House of Commons according to one senior MP, warning about the rise in mental health issues among parliamentarians.

Education Committee chair and senior Brexiteer Robert Halfon has said that “It feels like the Commons is having a collective breakdown — a cross between Lord of the Flies and One Flew over the Cuckoos Nest.”

In comments reported by London’s Evening Standard, the Tory MP went on to say, “People are behaving in ways that were unimaginable even just a year ago, whether they be Remainers, Leavers or in-betweens. The Brexit madness has affected us all”.

Mr Halfon is not the only Member of Parliament to express such concerns, with one female MP telling The Sun that parliament had become a “boiling pot of mental ill health”.

One male MP was reportedly reduced to tears after finding out he won’t be able to go home to see his children next week, due to the cancellation of MP’s Easter recess.

Comments made to a BBC radio programme by Members of Parliament claim Brexit was leading to politicians drinking more and avoiding people. One said it was “taking an emotional toil”.

House of Commons Deputy Speaker Lindsay Hoyle has told all MPs in an email on Thursday that “Members of Parliament, Parliamentary staff and House employees are all human and it is vital that in times of heightened stress in the workplace we can access the necessary health and well-being support.”

He added, “Members of Parliament and staff are resilient but Brexit has meant we are all working very long hours for extended periods of time whilst facing extraordinary pressure.”

Mr Hoyle reminded MPs of services available to aid with mental health issues and stress including a confidential 24-hour helpline.

MPs are not the only ones apparently suffering stress and mental health issues due to the ongoing Brexit debacle, with civil servants reportedly offered Cognitive Behavioural counselling.

The Department for Environment, Food and Rural Affairs (DEFRA) has reportedly spent £40,000 on the service for staff members in Bristol, York and London. A spokesman said, “The health, safety and wellbeing of our staff is always a priority for Defra and we have a range of services on offer to support staff’s mental health.

“This short-term contract expired at the end of January and bolstered our own wellbeing services for two months while we made changes to our existing employee support.”

Meanwhile, a ‘Britain Thinks’ poll has found that 64 percent of the public have claimed that the ongoing Brexit situation is damaging their mental health. The survey of more than 2,000 people said that the words most commonly associated with the Brexit process were now “broken” and “chaos”, reports The Guardian.

These revelations come as Theresa May seeks another extension to the United Kingdom’s departure date from the EU, hoping to extend Brexit until June 30th, which would mean contesting European Parliament elections, due in May.

In further bad news for already fragile Members of Parliament, EU Council President Donald Tusk has called for an even longer “flexible extension” of up to a year, saying, “We could give the UK a year-long extension, automatically terminated once the Withdrawal Agreement has been accepted and ratified by the House of Commons.”