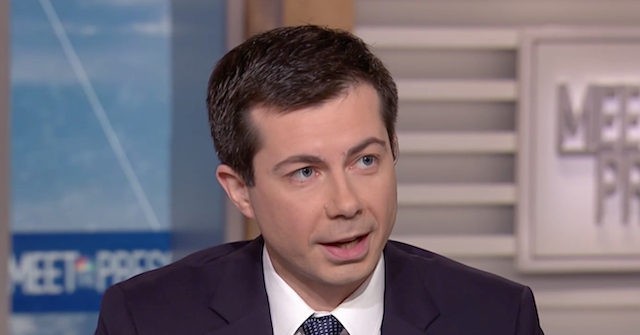 Buttigieg  said, “It’s something that frustrates me because the hypocrisy is unbelievable. Here you have somebody that not only acts in a way that’s not consistent with anything I hear in scripture or church were it is about lifting up the least among us and taking care of strangers which is another word for immigrants, and making sure that you are focusing your efforts on the poor. Also personally how you’re supposed to conduct yourself, not chest pumping look at me-ism but humbling yourself among others. Foot washing is a central image in the New Testament. We see the diametric opposite of that in this presidency.”

He added, “I think there was a cynical process where he decided to, for example, begin to pretend to be pro-life and govern accordingly. Which was good enough to bring many evangelicals over to his side. But even on the version of Christianity that you hear from the religious right, which is about sexual ethics, I can’t believe that somebody who was caught writing hush money checks to adult-film actresses is somebody they should be lifting up as the kind of person you want to be leading this nation.” Trump Responds to Critics: ‘Those Tweets Were NOT Racist’