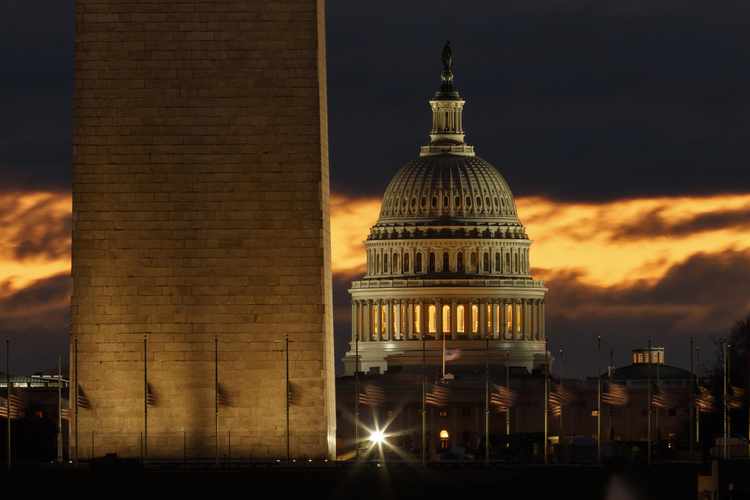 Many in the United States worry about the erosion of democratic norms. Too few, however, exhibit concern for the steady deterioration over the last half century of the essential democratic norm of free speech.

True, the United States remains an exceptional experiment in free and democratic self-government. Of all the Western-style liberal democracies, the nation “conceived in liberty, and dedicated to the proposition that all men are created equal” — as Lincoln put it in 1863 at Gettysburg — is grounded in the oldest written constitution, sustains the largest economy, enjoys the greatest diversity, possesses the largest capacity for projecting force around the world, and shoulders the most extensive responsibility for preserving the freedom and openness of the international order. Yet the increasing hostility of influential segments of its population to free speech — not least, speech that affirms American exceptionalism — shows the United States to be in an unwelcome respect all-too-similar to fellow Western liberal democracies.

The growing scorn for free speech in the United States — on campuses, in Silicon Valley and Hollywood, and in human resource departments and on corporate boards of all sorts of commercial enterprises — is on a collision course with the U.S. Constitution. Free speech is inscribed in the First Amendment, following religious freedom and followed by freedom of the press and “the right of the people peaceably to assemble, and to petition the Government for a redress of grievances.”

Its position in the text of the First Amendment symbolizes free speech’s indissoluble connection to religious liberty and political liberty. One can neither worship (or not worship) God in accordance with one’s conscience, nor persuade and be persuaded by fellow citizens, if government dictates orthodox opinions and punishes the departure from them. Indeed, the more authorities — whether formally through the exercise of government power, or informally through social intolerance — prescribe a single correct view and demonize others, the more citizens lose the ability to form responsible judgments and defend the many other freedoms that undergird human dignity and self-government.

In the mounting hostility toward free speech within its borders, the United States is not alone, argues Andrew A. Michta in The American Interest. “Democracies across the West are at an inflection point on free speech,” he contends in “The Rise of Unfreedom in the West,” “and it’s not clear which way things will go on this issue in the next 20 or 30 years.”

The problem is manifold. “In some cases, ostensibly liberal governments have already made moves to police and suppress what they deem unacceptable speech; in others, rigid political binaries have threatened to crowd out traditions of free inquiry and debate,” Michta writes. “All too often, it seems not to matter what is said in an argument but rather who says it and how it was said.”

The dean of the College of International and Security Studies at the George C. Marshall European Center for Security Studies, Michta grounds his dire diagnosis in concrete empirical evidence. Barely a quarter “of American adults believe they have true freedom of speech.” Ninety percent of American universities censor speech or maintain policies that could authorize administrators to engage in censorship. In 2017, Germany enacted a law that obliges social media networks to be more “diligent in policing ‘hate speech’ on their platforms.” The next year, France adopted a similar law. A substantial plurality of British voters in 2018 believed that people do not feel free to express their opinions on “important issues.” And an annual report to the Council on Europe concludes that press freedom in Europe is, in Michta’s words, “more fragile today than at any time since the end of the Cold War.”

In both American and European societies, according to Michta, the tyranny of public opinion not only dictates what one may not say but also decrees what one must affirm. In both societies, ideological litmus tests govern public discourse. The notion that lively give-and-take is the route to public consensus is fading.

Elite opinion in the West, Michta maintains, not only leans left, but seeks to silence the right. For much of the academic, media, and political establishments, progressive opinions glow with righteousness while viciousness and ignorance indelibly stain conservative convictions.

Cultural and political elites besmirch caring for one’s own nation as xenophobia. They fervently embrace globalization. They trumpet their commitment to save the planet while pressing for impossibly expensive and utterly unworkable environmental measures. They revile the popular desire to preserve traditional morality and the nation’s inheritance even as they take for granted ordinary people’s humanitarian conscience.

The West’s descent into unfreedom, argues Michta, stems from the aggressive promulgation of ideas at odds with liberty and limited government. In the 1960s, a critical mass of university professors used their tenured positions not merely to argue for but to institutionalize the belief that to achieve a just society it was necessary to sweep aside the fundamental principles and institutions of liberal democracy.

Over the last 20 years, the neo-Marxist students — and students of the students — of the ’60s generation have intensified attacks on free speech. Neo-Marxist thinking replaces the proletariat with a bevy of identity-based groups whose claim to authority arises from their success in portraying themselves as victims of bias and oppression which, they maintain, are deeply embedded within the West. Like Marx’s proletariat — or those bourgeois intellectuals whom Marx declared would break from their class and speak on the proletariat’s behalf — the neo-Marxists assert that by virtue of their grievances, they have acquired a monopoly on the truth.

The collapse of communism in Eastern Europe 30 years ago and the dissolution of the Soviet Union that followed, argues Michta, “carried a hidden threat” that further damaged the West’s commitment to free speech. The great victory of democracy and freedom in the Cold War over communist totalitarianism convinced Western elites that they were uniquely suited to bring democracy and freedom, as they uniquely interpreted it, to the entire globe.

This conceit had perverse domestic ramifications. According to Michta, it “contained within it the seeds of arguably the greatest peril the West has ever confronted: the ideological certitude — not just on the Left — that we had cracked the code of the human condition and could get on with the work of perfecting both the individual and society.” Ideological certitude hardened at the very moment that communism’s defeat deprived the West of “a living example” of the costs of social engineering on a mass scale. “And so at its moment of triumph,” writes Michta, “the West fell victim to a post-Enlightenment delusion of the perfectibility of man.”

That delusion fuels the self-consuming scorn many intellectuals in the United States as well as in Europe direct at the principles of liberal democracy. At universities, America’s founding promise of individual freedom and equality under law is often treated as irredeemably tainted by racism and sexism, colonialism and imperialism. In some cases, free speech is placed on the list of “incorrect phrases” that ought not be uttered, because it belongs among the “impure thoughts” of which minds must be cleansed.

In light of long-term trends, those who care about the erosion of democratic norms in the United States — and who believe that that the United States can serve as a model to fellow liberal democracies — would do well to focus their energies on upholding the constitutional requirements of free speech, cultivating tolerance, and learning to benefit from a diversity of opinion.

Peter Berkowitz is the Tad and Dianne Taube senior fellow at the Hoover Institution, Stanford University. His writings are posted at PeterBerkowitz.com and he can be followed on Twitter @BerkowitzPeter. He is also a member of the State Department’s Policy Planning Staff. The views expressed are his own and do not necessarily reflect those of the United States government.