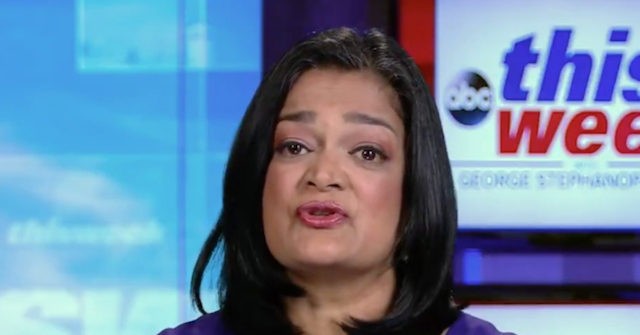 Jayapal said, “I think there’s a real problem with a politically appointed attorney general who seems to have released a three-page report on the actual Mueller report. The only thing we have seen so far that now is seeming to not comport with what Mueller and his team actually prepared. So, we are very firm.”

She continued, “I think the main thing here is what is the president hiding? How do we make sure that we get everything that was produced? We have not seen a Mueller report. We have only seen a Barr report. We’re going to stay firm on this. We’re going to push hard. We think there’s lots of precedent for us in the past to be able to do this. That’s really, I think, the main thing is that the majority of the American people want to see the report. We have to do our job.”