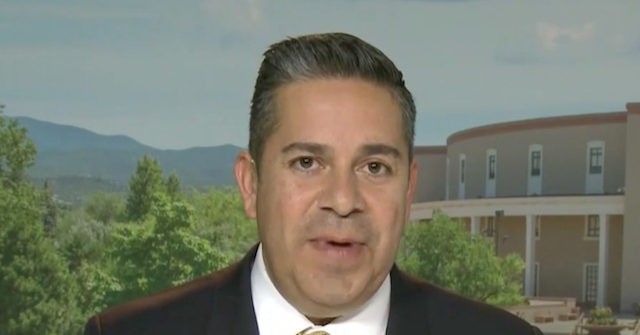 Lujan said, “Look, this is not the national security crisis that the president continues to describe. There is a humanitarian crisis, but it’s created by President Donald Trump. When you go back to the threats even during the midterms, the president was suggesting that there was an immediate national security crisis and he sent troops to the border just to try to distract the American people with the gains that we were going to see in the midterms.”

He added, “So again, I think the president continues to use immigration as a distraction as opposed to trying to work together in a bipartisan basis. Whether it’s immigration reform or other important measures that we could be adopting together.”

When asked about the surge of illegal immigrants, Lujan said, “There are a number of people who have been turning themselves in to border patrol agents as the law allows in the United States for asylum-seekers. And so when the Department of Homeland Security is reporting these numbers, I don’t believe that they are accurately describing the numbers with a number of people that are turning themselves in the versus those that are being apprehended.”

He concluded, “Well, again, I would say there is a humanitarian crisis at the border but one that was created by President Donald Trump with his policies, whether it’s his metering initiatives or other policies that have been put in place by Secretary Nielsen.”