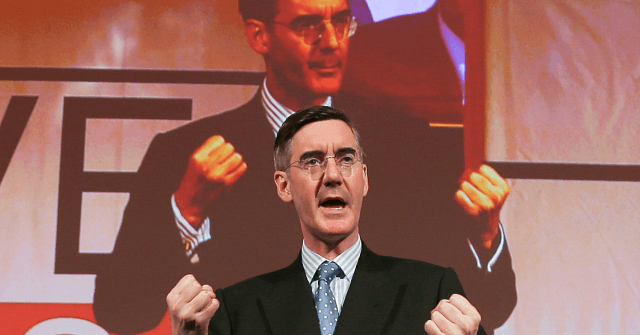 Mr Rees-Mogg, chairman of the pro-Brexit European Research Group (ERG), told Sky News that Mrs May would be “held to account” for her decisions to delay Brexit as well as for her decision to invite Labour leader Jeremy Corbyn for talks over a possible compromise Brexit deal.

Rees-Mogg warned that the decision to meet with the hard-left opposition leader “risks giving a degree of credibility” to Jeremy Corbyn and of “undermining the general thrust of the Conservative argument that he is a Marxist who would be dangerous to this nation’s interests”.

The ERG chief is not the first Brexiteer to condemn the Prime Minister’s meeting with Mr Corbyn, with Leader of the House of Commons and Leave supporter Andrea Leadsom claiming that the party was working with Labour “through gritted teeth”.

REPORT: May’s Brexit Offer to Corbyn Could Include Proposal for Second Referendum https://t.co/LB7G2vtZWl

Former Foreign Secretary and Vote Leave campaign frontman Boris Johnson was quoted as saying, “If Corbyn gets his way, we remain in the Customs Union so that we can’t control our trade policy, huge areas of law-making we can’t control, and Brexit is becoming soft to the point of disintegration.”

The Democratic Unionist Party (DUP), whose 10 MPs prop up the Conservatives’ minority government, said in an official statement that Theresa May’s handling of Brexit was “lamentable” and that she was “sub-contracting out the future of Brexit to Jeremy Corbyn”.

Mrs May has responded to the criticism by claiming she had “no choice” but to offer to work with the Labour leader, although it many believe it was and is within her power to deliver a No Deal Brexit on March 29th.

May Condemned for ‘Subcontracting’ Brexit to ‘Known Marxist’ Corbyn https://t.co/VJQa4wQvlZ

Mr Corbyn has reportedly been waiting on the Prime Minister to move her infamous “red lines” on the type of Brexit she will accept, which have been sticking points in negotiations, in order to reach a compromise deal — but it appears so far that negotiations have not made progress.

Shadow Business Secretary Rebecca Long-Bailey has said that “we are currently waiting for the Government to come back to us now to state whether they are prepared to move on any of their red lines.”

“The sad thing is at the moment we haven’t seen overall any real changes to the deal, but we are hopeful that will change in coming days,” she added.

The United Kingdom was due to leave the European Union on March 29th but Mrs May sought an extension until April 12th. With the deadlock unbroken, she is now looking to seek a longer extension until June 30th, with the option to leave earlier if a deal can be reached. Such a move would mean Britain having to contest European Parliamentary elections, due to begin on May 23rd.

According to a Sky Data poll, a plurality of Britons would be “angry” if Britain took part in the elections after voting to leave the European Union nearly three years ago.

As it stands, the United Kingdom should officially leave the EU on April 12th without a deal if an extension is not granted by the EU, unless it revokes the Article 50 procedure for leaving the bloc altogether.

One former Conservative Minister, Chris Heaton-Harris, who resigned over Mrs May’s handling of Brexit has said that Britain is officially ready for a No Deal situation, suggesting Prime Minister had been kept in the dark about the country’s level of preparedness.