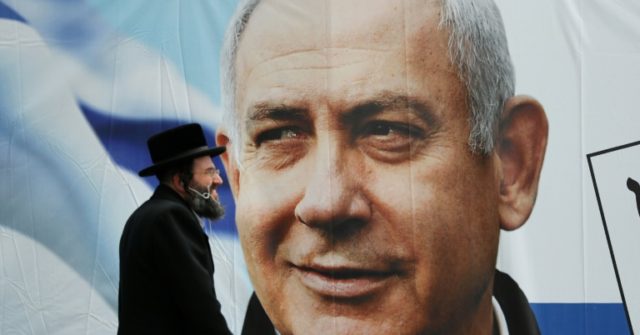 TEL AVIV – Prime Minister Benjamin Netanyahu vowed over the weekend to annex West Bank settlements if he is reelected in Tuesday’s elections. The incumbent prime minister also said he had told President Donald Trump that would not evacuate “a single person” from the 400,000 or so Jews residing in the West Bank.

When asked why he hadn’t already extended Israeli sovereignty over settlements, he said,  “Who says we won’t do that? We’re on the way. … The next term will be fateful.”

When pushed further, Netanyahu said: “I am going to apply Israeli sovereignty, but I don’t distinguish between settlement blocs and isolated settlements. From my perspective, each of those settlement points is Israeli. We have responsibility [for them] as the government of Israel. I don’t uproot any, and I won’t transfer them to the sovereignty of the Palestinians. I take care of them all.”

Netanyahu said he was talking with the U.S. to ensure that Israeli sovereignty was extended over the large settlement town of Maale Adumim, among others.

Netanyahu also told a variety of Israeli outlets, including Channel 13 and the right-wing Makor Rishon and Israel Hayom newspapers, that he would not evacuate a single person from any of the settlements.

“That will not be happening,” he told Channel 13. “If that’s the plan, there will be no plan.”

Trump, he said, “is the best friend Israel has had” in the White House and respects Netanyahu’s red lines.

His comments came days ahead of Tuesday’s national elections, and is a last minute bid to persuade right-wing voters to vote for Likud rather than smaller parties in the hopes of making it the largest party in the Knesset and beating out main rival Blue and White.

According to Channel 13, Netanyahu believes Trump “would give him backing and legitimization to annex or extend Israeli law to all West Bank settlements or at least some of the blocs” if the Palestinian Authority rejects the as-yet unveiled U.S. peace proposal, as is expected to happen. California Snowpack at 162% of Average, 4th-Highest Ever