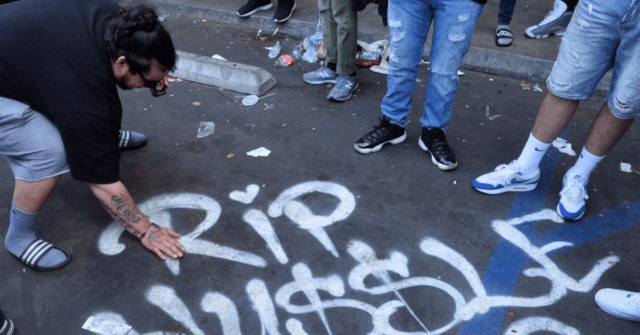 The murder of rapper Nipsey Hussle sparked a renewed interest in peace between some Los Angeles, California, gangs last Friday.

Gang leaders from Crenshaw, Compton, L.A., and Englewood gathered for a peace march on Friday to celebrate the rapper’s life and to pledge to ease off the warfare, TMZ reported.

Not many details of any agreements between the gangs were released, but it is the first wide-spread ceasefire seen since the 1990s.

The rapper was shot and killed as he stood outside his L.A. clothing store last week. Four days later, the alleged shooter, a man named Eric Holder, was arrested for shooting Hussle and wounding two others.

The death of the Victory Lap rapper even brought laments from L.A. Lakers star LeBron James who called the murder “one of the most unfortunate events” in American history.

GOP Sen. Hagerty: China ‘Laughs All the Way to the Bank’ over Biden Policies