Reebok: 'Categorically False' that Beyonce Walked Out of Meeting over Lack of Diversity 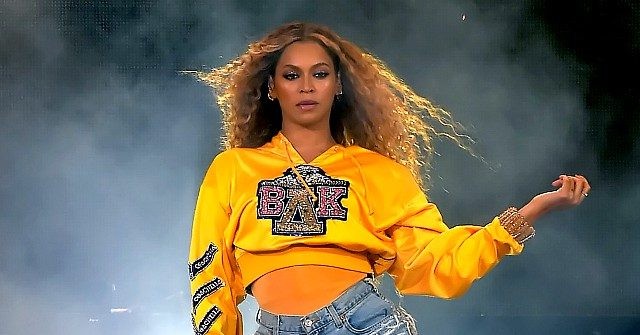 In a new statement, sneaker and apparel giant Reebok disputes the claim that pop megastar Beyoncé left a meeting with the company because there wasn’t enough racial diversity in the room.

“The report that Beyoncé walked out of a meeting with Reebok due to lack of diversity is categorically false,” Reebok told TMZ. “Our discussions with Beyoncé and her team continued for several months after our initial meeting. We are disappointed that false information is being reported as fact.”

As Breitbart News reported this week, ESPN’s Nick DePaula claimed that Beyoncé abruptly left a meeting because the room was not sufficiently diverse.

“She had a meeting at Reebok and they had a whole presentation of everything, potential products, how this could all look, and she kind of took a step back and said, ‘Is this the team that will be working on my product?’” DePaula said on the show The Jump.

“Somebody said, ‘Yes,’ and she said, ‘Nobody in this room reflects by background, my skin color and where I’m from and what I want to do.’ So she took a step back and left and then it did not come to terms,” DePaula said.

ESPN Writer @NickDePaula reveals Beyoncé walked out of a meeting w/ @Reebok after she highlighted the pitch team’s lack of diversity & non-existent representation of her background and skin color. 👑

He also talks about Bey getting offers from Jordan (@Jumpman23) & @UnderArmour. pic.twitter.com/J2P3cvGw6I

The “Run the World” singer certainly likes to posture as “woke” without doing much of the work. On midterm Election Day 2018, she endorsed Beto O’Rourke just hours before the polls closed, failing to lead his campaign to victory.

“We can’t voice our frustrations and complain about what’s wrong without voting and exercising our power to make it right. We need you,” the 37-year-old said.

“We all need each other, because when we are truly united we are unstoppable. Sending you all love and positivity on this happy voting day! Every vote counts Every race matters Everywhere.”

Beyoncé, along with her rap mogul husband Jay-Z are also huge supporters of the Black Lives Matter movement, donating seven figures to the left-wing group. Jayapal: ‘A Lot of’ BBB Is in Reconciliation Bill, It’ll Help Us Elect More Dems and ‘Pass the Rest’ of BBB Virgil: The National Enquirer Has Lost Its Pecker—How Did That Happen?