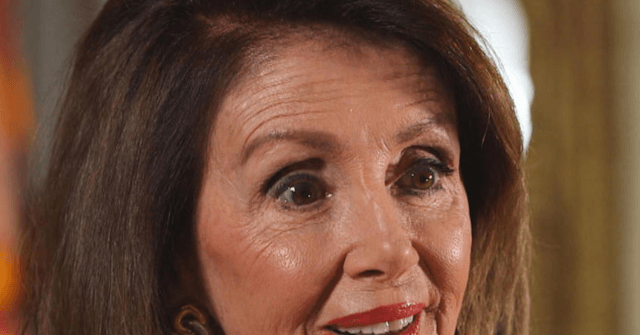 Democrat House Speaker Nancy Pelosi was awarded the recipient of the 2019 Profile in Courage Award by the John F. Kennedy Library Foundation. The award is given to those who purportedly show “political courage” over a lifetime, or for a particularly notable incident.

“So, the courage that that takes, really, I think, makes her an example and an inspiration for generations of Americans, men and women,” Kennedy added.

The JFK Library Foundation honor, which has been called the Nobel Prize for public figures, is given for an act, or a lifetime, of political courage https://t.co/G7Yyk1HZY1 pic.twitter.com/hNQ1mpsTgD

The foundation cited Pelosi’s success as the first female House Speaker as well as the first to be elected Speaker to non-consecutive terms in over 60 years along with her thirty years in office.

“Coming from Caroline, that’s an enormous compliment,” Pelosi told CBS Sunday Morning. “However, going with it are shoulders for other people to stand on. I’ve stood on many women’s shoulders, who have paved the way for us. And now we have to pave the way for others. So, it’s about the future.”

Calling him her “idol,” Pelosi also fondly recalled meeting John F. Kennedy when he was a U.S. Senator from Massachusetts.

“My father was the mayor of Baltimore, and there was a big dinner, black tie dinner,” Pelosi recalled, “where Senator Kennedy was going to speak. My mother, she said, ‘If you want to go in my place to the dinner, please do.’”

The honor is named after the 1956 book titled Profiles in Courage, attributed to Sen. John F. Kennedy. The book was really mostly written by Sen. Ted Sorensen with some assistance by Georgetown Professor Jules Davids, but with Kennedy connections to the tome, it became a hit, even winning the Pulitzer Prize in 1957. The book follows the trials and tribulations of eight Senators who did what they felt was the right thing despite being politically unpopular.

The award was established in 1989 and has honored an array of politicians including its first honoree, Rep. Carl Elliott, as well as Senators Russ Feingold and John McCain, Presidents Gerald Ford, George H.W. Bush, and Barack Obama, U.N. Chief Kofi Anan, and many others. Bob Corker: Primarying Trump Would Be a ‘Good Thing for Our Country’