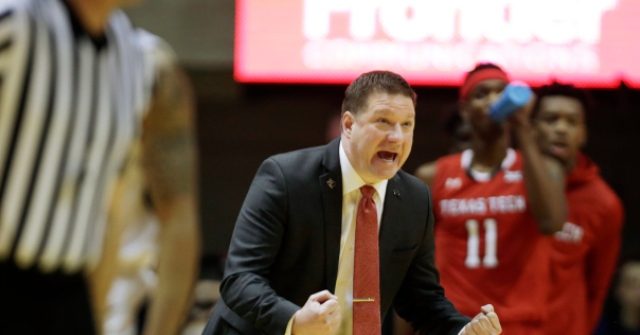 CBS cameras cut away from the Texas Tech locker room the moment their head coach entered the room and began leading the team in prayer.

The network seemed to have no problem letting their cameras linger, while the announcers filled time and waited for the coach to arrive. However, moments after the coach Chris Beard arrived, the team began to pray and the cameras cut away to a shot of the announcers.

CBS literally cuts away from Texas Tech locker room minute team starts a prayer after winning in the #FinalFour, and then cut back as soon as they were done. I’m sure that was a coincidence.

@CBSSports Thanks CBS for not showing the team prayer for TT. Poor class on your part. Believe it or not they’re a whole bunch of us believers of our Lord and Savior Jesus Christ.

CBS had cameras in the Texas Tech dressing room, awaiting a huge celebration. They went away from it when they saw that all what the whole team and their staff were about to do was start their prayers. Did they feel they were about to offend their audience? Unbelievable.

Really annoyed that CBS cut out of Texas Tech’s post-game prayer. That’s a huge part of that team’s identity.

Boy CBS was there for the wild celebration but they dropped anchor and bailed when prayer broke out. pic.twitter.com/QjSgjhYdC7

CBS has yet to offer an explanation as to why they chose to cut away during Texas Tech’s team prayer.

This is not the first time a network has decided to cut away during a moment of prayer, or religious speech at a sporting event. In October of  2015, ESPN cut away from Clemson coach Dabo Swinney after he thanked “the good Lord” during a post game interview.

Texas Tech will play Virginia for the national championship on Monday night.