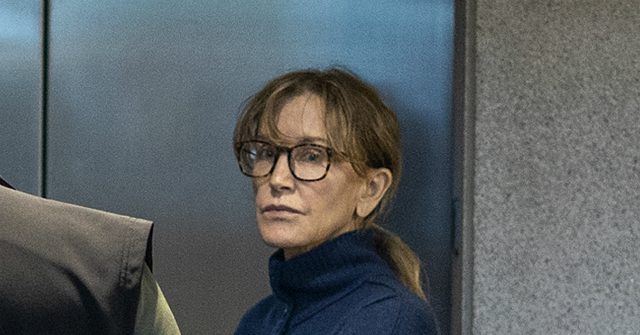 Court documents made public Monday show Huffman and 12 other prominent parents will plead guilty in the scheme.

Huffman was accused of paying $15,000 to have a proctor boost her older daughter’s SAT score.

“I am in full acceptance of my guilt, and with deep regret and shame over what I have done, I accept full responsibility for my actions and will accept the consequences that stem from those actions,” Huffman said in a statement.

Felicity Huffman on pleading guilty in college admissions scam: “I am in full acceptance of my guilt…My daughter knew absolutely nothing about my actions, and in my misguided and profoundly wrong way, I have betrayed her.” pic.twitter.com/dI22SLoDXe

The actress was among 50 people charged in what authorities have described as the biggest college admissions scam ever prosecuted by the U.S. Justice Department.

Officials say parents paid an admissions consultant to rig their children’s test scores and bribe coaches at elite universities to designate their kids as athletic recruits.

Fellow actress Lori Loughlin and Loughlin’s fashion designer husband, Mossimo Giannulli, are also charged in the scam. They are not among those who’ve agreed to plead guilty and haven’t publicly addressed the allegations.