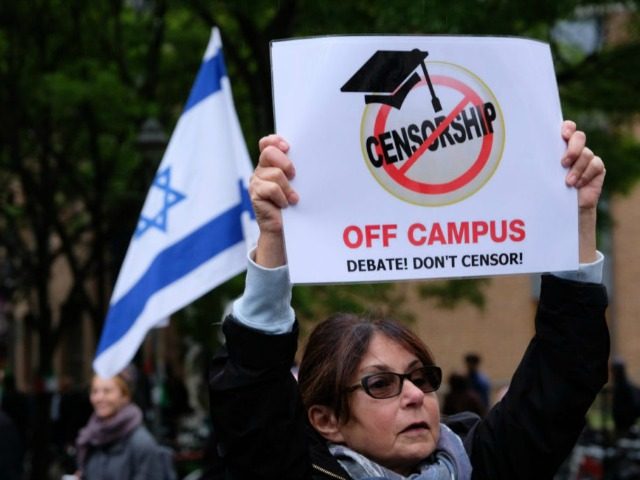 Union College President David R. Harris recently penned an argument against free speech on college campuses, claiming that institutions of higher learning have a responsibility to manage speech by providing “constructive engagement,” so that students can have an optimal learning experience.

Union College president David R. Harris penned an op-ed, entitled, “A Campus Is Not the Place for Free Speech,” in which he argues that it is the role of colleges and universities to filter the conversations on campuses to provide “constructive engagement.”

“I oppose free speech on college campuses,” states Harris in his op-ed, “I think college campuses should be safe havens from voices on the left and right that violate what I have learned and what I believe.”

The college president had written his op-ed in response to President Donald Trump’s recent executive order requiring colleges and universities to uphold the First Amendment on campus in order to continue receiving federal research funding.

“Many of the president’s supporters have applauded his free speech decision,” states Harris, “because they argue that higher education institutions trumpet liberal perspectives and silence conservative voices.” Harris adds that members of academia believe “the president and his supporters do not understand what actually happens on college campuses.”

Harris also claims  in his op-ed that institutions of higher learning would only be managing speech on campus for students’ own good, suggesting that when left unchecked, free speech would not facilitate a productive learning experience, arguing that individuals will end up using speech irresponsibly when utilizing it in its “purest form”

“Free speech, in its purest form, is an exercise in what is achieved when a person yells a view and then leaves, after which someone with an opposing perspective does the same” states the college president, “The speakers do not grow as a result of the experience, and the audience has no opportunity to probe the opposing points of view.”

Harris also insists that he is a supporter of free speech, but just not when it comes to college campuses. On campuses, Harris says, “we must strive for something more than free speech.”

“It is not enough for individuals to speak freely,” continues Harris, adding that college students are already having more constructive and diverse interactions than “most adults,” claiming, “college campuses and social networks tend to be more diverse than ‘real world’ neighborhoods and social clubs.”

One could argue, however, that younger generations today seem to be less tolerant of everything from intellectually diverse conversations, to even lighthearted comedy skits.

Last week, for example, students at Texas State University demanded censorship of the school’s Turning Point USA student group, a conservative club on campus that some students say need to be banned in the name of “free speech.” The school’s student government plans to vote on a resolution regarding the matter on Monday.

Moreover, students at Columbia University kicked Saturday Night Live comedian Nimesh Patel out of their own event where they had invited him to perform last December, claiming that his jokes were “offensive.”