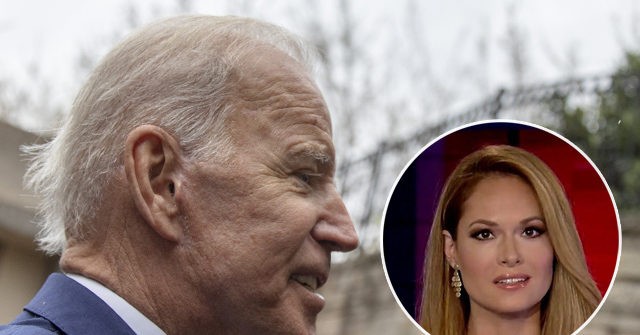 Appearing Sunday on the Fox News Channel Sunday, Gillian Turner, who served in the administrations of Presidents George W. Bush and Barack Obama, said former Vice President Joe Biden complimented her looks and put his arm around her waist in their first meeting.

The admission comes as Biden, who is reportedly set to launch a bid for the White House, is facing accusations of unwanted touching from various women. Turner joins seven other women, most of them involved in Democratic politics, who have recounted stories of his interactions making them feel uncomfortable.

HOWARD KURTZ: Gillian, you worked in the Obama White House, as well as the Bush White House. You know Joe Biden. There’s actually a picture of the first time that you were introduced…What was that encounter like?

GILLIAN TURNER: Well, you can’t see it the way that we have the photo cropped, but the reason we were talking about the photo earlier today is he did have his hand around my waste in the picture, which you could see if we had the whole thing up there. It was the first time I’d ever met vice president Biden. I was a staffer at the White House at the National Security Council. It was later, I think, in 2009. First meeting ever.

KURTZ: What did he say?

TURNER: “You’re beautiful,” and he put his hand around my waist and we took a photo together. Did it make me uncomfortable? No. But, do I remember it 10 years later because it was out of the norm of my other experiences at the White House? Yes. And so I think it’s a perfect example of the kind of conversation that people are now starting to have about him, which is that he does have markedly different behavior than a lot of other government officials and I that think it’s up to every woman to make a determination about how they feel about their interactions with him.