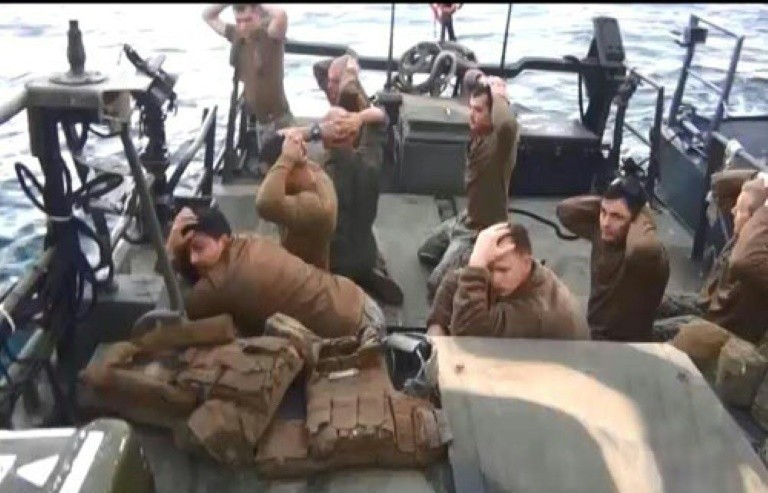 It is the first time that the U.S. has designated an entity of another government as a terrorist organization, placing a group with vast economic resources that answers only to Iran’s supreme leader in the same category as al-Qaeda and the Islamic State.

“This unprecedented step, led by the Department of State, recognizes the reality that Iran is not only a state sponsor of terrorism, but that the IRGC actively participates in, finances and promotes terrorism as a tool of statecraft,” President Donald Trump said in announcing the measure.

“Today, I am formally announcing my Administration’s plan to designate Iran’s Islamic Revolutionary Guard Corps (IRGC), including its Qods Force, as a Foreign Terrorist Organization (FTO) under Section 219 of the Immigration and Nationality Act,” says @POTUS in statement. pic.twitter.com/ovitdZq5Fi

Secretary of State Mike Pompeo said the designation is intended to increase pressure on Iran, isolating it further and diverting some of the financial resources it uses to fund terrorism and militant activity in the Middle East and beyond.

“The IRGC masquerades as a legitimate military organization, but none of us should be fooled,” Secretary of State Mike Pompeo says, announcing that the U.S. will designate Iran’s Islamic Revolutionary Guard Corps as a foreign terrorist organization https://t.co/AD3E7TBnNZ pic.twitter.com/WvXQ8QoXvg

It blocks any assets that IRGC entities may have in U.S. jurisdictions and bars Americans from any transactions with it. When it takes effect next week, it will allow the U.S. to deny entry to people found to have provided the Guard with “material support” or prosecute them for sanctions violations. That could include European and Asian companies and businesspeople who deal with the Guard’s many affiliates.

The IRGC is a paramilitary organization formed in the wake of Iran’s 1979 Islamic Revolution to defend the government. The force answers only to Iran’s supreme leader, operates independently of the regular military, and has vast economic interests across the country. The U.S. estimates it may control or have a significant influence over up to 50% of the Iranian economy, including non-military sectors like banking and shipping.

Iran has long been designated a “state sponsor of terrorism” by the U.S., and the State Department currently designates more than 60 organizations as “foreign terrorist organizations.”