LA Times: 'The Crowd-Sourced, Social Media Swarm That is Betting Tesla Will Crash and Burn' 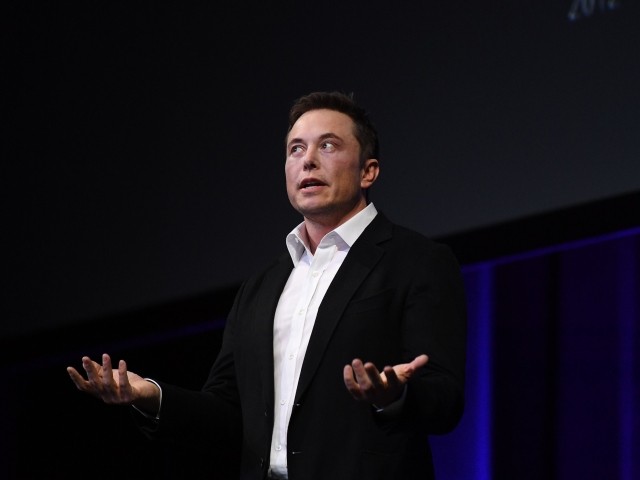 The LA Times recently reported on the growing social media movement known as $TslaQ which is betting that Elon Musk’s Tesla is going to fail — and uses innovative techniques including drone surveillance of Tesla operations to make their case.

The LA Times published an article recently that gives an insight into the $TslaQ community that has appeared across social media. The community is comprised of Tesla skeptics who have used innovative crowd-sourced methods of tracking the company’s progress and often exposing possible lies by Musk and the company. $TslaQ has done this using drone images, aerial photography from planes, analysis of company records and comparison between official figures and claims by the companies bombastic CEO Elon Musk.

The LA Times writes in its article:

It’s a sunny day in March and “Machine Planet” is flying a single-engine Cessna over Northern California. He’s cruising at 1,500 feet toward a massive lot leased by electric-car maker Tesla. His mission: to burst the Tesla bubble. And make some money doing it.

What he sees today makes his eyes widen: more than 100 car-carrier trailers, the kind you see on highways hauling new cars to dealers. They’re lined up in neat rows. Empty. Idle.

“Ten days left in the quarter, and they’re just sitting there,” said Machine Planet, peering down at the remote landscape outside Lathrop. Tesla bought those trailers to aid what Chief Executive Elon Musk said will be an unprecedented wave of new car deliveries in March. But to Machine Planet — that’s the name he uses on Twitter — the scene just confirms his suspicions that there are lots all around the U.S. filled with unsold Tesla cars. (He and others claim to have counted 52.)

If you spend any time on the Twitter hashtag $TslaQ, you know what this means to Tesla short sellers. They believe the lots full of new Model 3s — and Models S and X vehicles, too — show Tesla has reached a cliff in demand for its vehicles. When the rest of the world finally admits the company’s days as a fast-growth story are numbered, they say, its stock price will crash, creating a bonanza for investors who, like Machine Planet, have bet big that Tesla’s shares are grossly overvalued.

The pilot banks his plane hard to the left and starts snapping pictures with a Canon 6D.

Twitter has become the main meeting point for Tesla skeptics who use the social media platform to post their findings relating to the company; the LA Times notes that the group is without leadership and acts as an independent stock research platform:

Pronounced Tesla-Q, the channel has emerged as a crowd-sourced stock research platform. Contributors divide up research duties according to personal interest and ability, with no one in charge.

Some use commercial databases to track Tesla-loaded ships from San Francisco to Europe and China. Some are experts at automotive leasing or convertible bonds. Some repost customer complaints about Tesla quality and service. One contributor, whose Twitter handle is TeslaCharts, assembles collected data to offer graphical representations of Tesla’s own reports and $TslaQ’s findings.

And some do reconnaissance, posting photos and videos of Tesla storage lots, distribution centers, even the company’s Fremont assembly plant as seen from above.

Elon Musk appears to be aware of the anti-Tesla network, in fact Musk personally threatened to sue one of the members of the group for defamation after discovering his identity:

$TslaQ has no leader, but it does have a hero. His name is Lawrence Fossi, a lawyer and New York money manager who contributed to the Twitter hashtag as well as investor site Seeking Alpha under the moniker Montana Skeptic — until he was exposed by Musk.

According to Fossi, after he was outed on Twitter last July, Musk personally called the small investment office he works for. Musk told his boss he wasn’t happy about the online activity, and threatened to sue Fossi for defamation. (Tesla doesn’t dispute that Musk contacted the company.)

Read the full analysis of the Tesla research collective known as $TslaQ at the LA Times here.

Maher: Young People Have Anxiety Problems Because They've 'Been Indoctrinated' on COVID