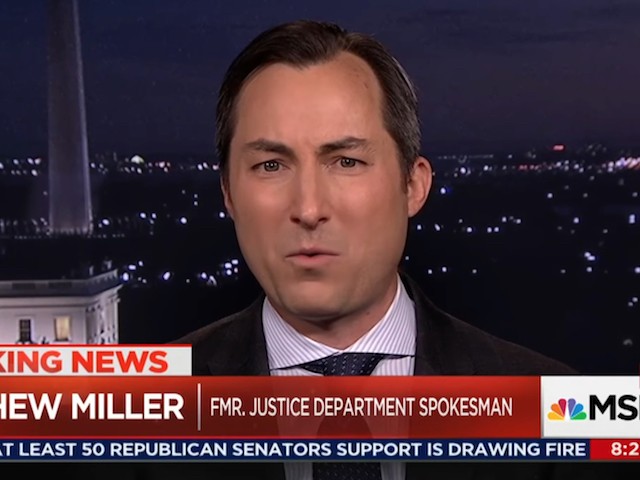 After playing a clip of President Donald Trump’s comments on asylum seekers, Miller said, “When I watch that clip and the clip of Secretary Nielsen failing to remember how many children died in her department’s custody, I’m really just filled with shame as an American. ”

He continued, “The same sense of shame I felt during the family separation event last year. It’s a stain certainly on the administration, on the people who carried out that policy, but it’s a stain on our entire country. It’s a stain that’s not over just because the family separation policy ended last year. The Justice Department told a federal court on Friday it’ll be two years before they can account for all the people separated as a result of that policy. Two years before they’ll even be able to say how many people were affected. We still don’t know and may never know how many children were orphaned as a result of that policy. The stain that President Trump and Secretary Nielsen put on our country through implementing that policy will never leave us. I shudder to think what family separation 2.0, and whatever else the president comes up with, will look like.”

He added, “He doesn’t have the patience or the willingness to sit down and actually understand immigration policy and come up with something that would work. Be willing to work with Congress. Take a political risk. He’s the one person that can do it, he has such credibility with the right on this issue and come up with a policy. He’s never willing to do that, so I fear we’ll get something that looks worse than the humanitarian disaster we saw last year.”