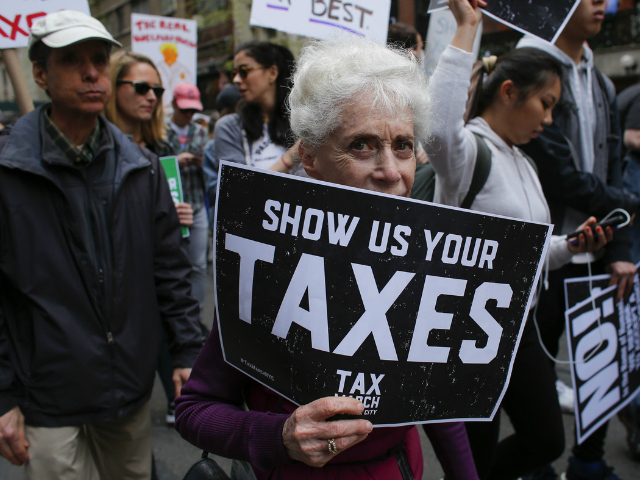 Democrat lawmakers in New York are set to file a bill that would force the release of President Donald Trump’s tax returns.

The bill would allow the commissioner of the New York State Department of Taxation and Finance to release any state tax returns filed by the president if requested by any congressional committee, the Hill reported.

Bill sponsor Democrat State Sen. Brad Hoylman maintains that the returns may be released for a “specific and legitimate legislative purpose.”

Hoylman adds that the bill is an attempt to get ahead of any White House effort to block Congress from having access to the president’s tax returns.

Empire State laws currently prohibit the release of any individual’s tax returns, but the new bill would amend the laws as a weapon to go after Trump.

To assuage legislators who fear such a law would violate the state’s responsibility to protect its citizens’ privacy, Hoylman attempted to narrow the bill by adding that tax returns will not be released unless Congress requests them.

In an appearance on Fox News Sunday, Mulvaney said, “They knew they are not going to get these taxes. They know what the law is. They know one of the fundamental principles of the IRS is to protect the confidentiality of you and me and everybody else who files taxes. They know that. They know the terms under law by which the IRS can give them the documents, but political hit job is not one of those reasons.”