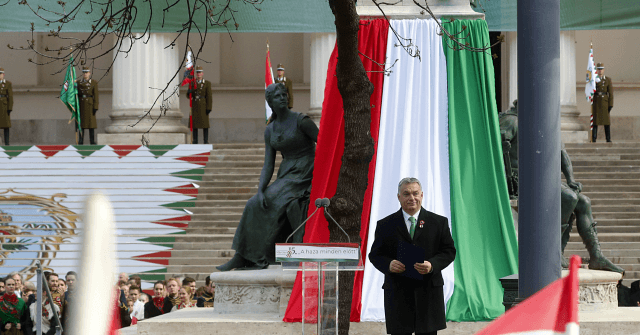 The Fidesz leader said the May elections — in which the United Kingdom may have to participate despite voting for Brexit almost three years ago, due to Prime Minister Theresa May’s repeated efforts to delay it — would be an occasion where “Europe will choose its future“.

“Will Europe remain European or will we give way to the masses coming from other cultures?” he asked.

“[W]e will decide whether we protect our Christian European culture or give way to multiculturalism.”

This decision will take the form of a relatively straight choice across all EU member-states, in Prime Minister Orbán’s view, falling “between EU leaders from the pro-immigration parties or from those that oppose immigration.”

The Hungarian leader has made it very clear which side of the fence he sits on, making efforts to build bridges with Italy’s populist Deputy Prime Minister and Minister of the Interior Matteo Salvini, whose League (Lega) party could become the largest in the European Parliament if current polling proves accurate.

While Prime Minister Orbán still appears willing to back a clean break with the EU, as some of his Brexiteer admirers hope, he has adopted an increasingly critical position on the bloc in advance of the elections, making it clear that he sees them as a chance to push for much-needed reform.

“Hungarians, who have been protecting Europe for a thousand years, want the EU, but we are fed up with the way things are going in Brussels,” he said.

“We are not willing to do what Brussels dictates if that is not good for Hungarians.”

To that end, he as set out a seven-point plan for change, which he hopes a newly populist-conservative tinged European Parliament may help to achieve if an electoral breakthrough is made:

1. The management of migration must be taken away from the Brussels bureaucrats and given back to the national governments.

2. We must say clearly that no country would be required to accept migrants against its will.

3. Nobody should be admitted to Europe without valid identification and documents.

4. We must abolish the pre-paid migrant cards and the migrant visa.

5. Brussel should not give more funding to the NGOs funded by George Soros

6. In Europe, no one should be discriminated against because they declare themselves Christian

7. That those who have the right to decide, rather the European Parliament and the European Council, decide that leaders who oppose immigration head up the EU institutions.

The European Parliament elections will run from Thursday, May 23rd, to Sunday, May 26th.