Pete Buttigieg to Mike Pence: My Marriage Has 'Moved Me Closer to God' 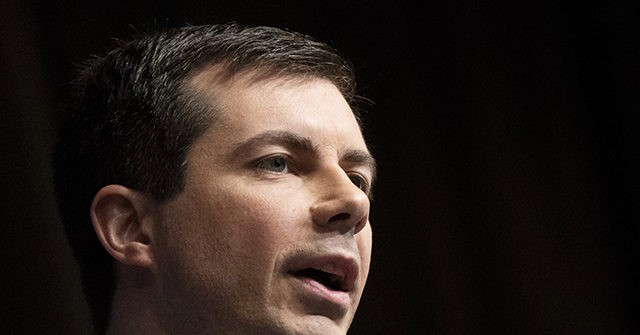 Sunday at an LGBTQ Victory Fund brunch in Washington, D.C., South Bend, IN Mayor Pete Buttigieg, a likely 2020 Democratic presidential candidate, told Vice President Mike Pence his marriage to his husband has made him closer it God.

Buttigieg said, “When I was younger I would have done anything to not be gay. When I began to realize what it meant that I felt the way I did about people I saw in the hallway at school or the dining hall at college, I launched in me something I can only describe as a kind of war. And if that war had been settled on the terms that I wished for when I was 15 or 20 or frankly even 25, I would not be standing here. If you had offered me a pill to make me straight, I would have swallowed it before you had time to give me a sip of water. It’s a hard thing to think about now. It’s hard to face the truth that there were times in my life if you showed me exactly what it was inside me that made me gay, I would have cut it out with a knife. The reason it’s so awful to think about isn’t just the knowledge that so many young people struggling to come to terms with their sexuality or gender identity do just that, they harm themselves figuratively or literally. But the real reason it’s so hard to think about is if I had had a chance to do that, I wouldn’t have found my way to Chasten. The best thing in my life, my marriage, might not have happened at all. My marriage the thing I can’t even talk about without going into cliches like talking about how my world went from black and white to color the moment we held hands near the end of our first date.”

He continued, “How dark the thought that the man that I admire and care about and love sharing with the rest of the country and more importantly share one day with raising children might not have been part of my life at all. Thank God there was no pill, thank God there was no knife. People talk about marriage equality as a moral issue. And it certainly is a moral issue as far as I’m concerned, it’s a moral issuei because being married to Chasten has made me a better human being. It has made me more compassionate, more understanding, more self-aware and more decent. My marriage to Chasten has made me a better man. And yes, Mr. Vice President, it has moved me closer to God.”

He added, “Speaking only for myself, I can tell you that if me being gay was a choice, it was a choice that was made far, far above my pay grade. That’s the thing I wish the Mike Pences of the world would understand, that if you have a problem with who I am, your problem is not with me. Your quarrel, sir, is with my creator.” Howard Stern: Trump Should Try ‘Psychotherapy’ Because He Had ‘Traumatic’ Relationship with Dad | Breitbart Dem Sen. Cardin: Trump Is 'Using Immigrants as Pawns in His Political Game'