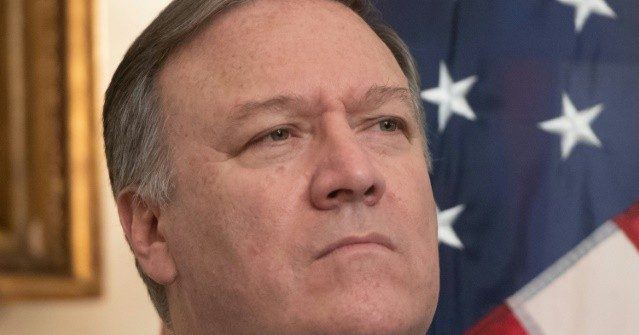 U.S. Secretary of State Mike Pompeo is speaking to the media at the Department of State around 10:30 a.m. Monday morning after the Trump administration designated Iran’s Islamic Revolutionary Guard Corps as a foreign terror organization.

“Today, I am formally announcing my Administration’s plan to designate Iran’s Islamic Revolutionary Guard Corps (IRGC), including its Qods Force, as a Foreign Terrorist Organization (FTO) under Section 219 of the Immigration and Nationality Act,” President Donald Trump said ahead of Pompeo’s remarks. “This unprecedented step, led by the Department of State, recognizes the reality that Iran is not only a State Sponsor of Terrorism, but that the IRGC actively participates in, finances, and promotes terrorism as a tool of statecraft. The IRGC is the Iranian government’s primary means of directing and implementing its global terrorist campaign.”