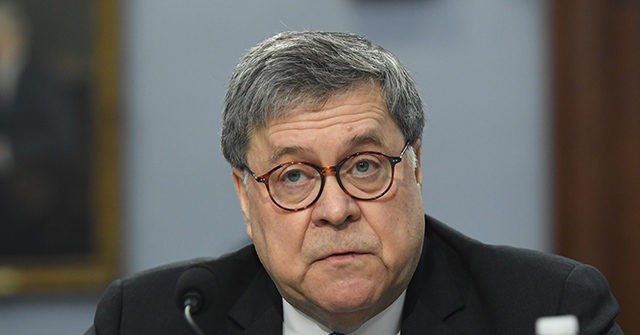 Attorney General William Barr on Tuesday testified before the House Appropriations Committee that special counsel Robert Mueller declined an offer by the Department of Justice to review the agency’s “principal conclusions” of the Trump-Russia investigation.

ATTORNEY GENERAL WILLIAM BARR: The letter of the 24th, Mr. Mueller’s team did not play a role in drafting that document, although we offered him the opportunity to review it before we sent it out and he declined that. The letter on the 29th, I don’t believe that was reviewed by Mr. Mueller or that he participated in drafting that letter.

In a March 24th letter sent to the House and Senate Judiciary Committees, the Department of Justice said the special counsel did not find evidence that President Donald Trump’s presidential campaign “conspired or coordinated” with the Russian government during the 2016 presidential election. Further, Mueller did not “exonerate” the president of obstructing justice, according to Barr, who stated that the report “sets out evidence on both sides of the question.” Mike Pence Meets with Families of Workers Imprisoned in Venezuela