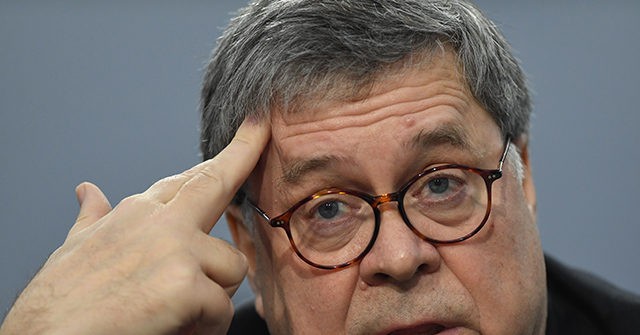 Attorney General William Barr on Tuesday testified before the House Appropriations Committee on the myriad challenges festering at the U.S.-Mexico border, describing the overall situation as “really unprecedented.”

REP. ROBERT ADERHOLT (R-AL): Mr. Attorney General, as you know, there is a serious humanitarian crisis at the Southern border. In fact, the previous administration explicitly noted that transnational organized crime in Mexico makes the U.S. border more vulnerable because it creates and maintains illicit corridors of border crossings that can be employed by other secondary criminal or terrorist actors or organizations. Of course, your FY 2020 budget proposes $18 million in resources to help advance the fight against transnational organized crime. Can you talk about a bit about the Department of Justice and how it is addressing the smuggling networks that are endangering so many of the lives that are being smuggled and trafficked across the Southern border, in particular the children?

ATTORNEY GENERAL WILLIAM BARR: The problem we face on our Southern border is really unprecedented. Not just the volume and the makeup of the people coming across from an immigration policy standpoint, but by the strength of the criminal organizations in Mexico. One of the things that has changed a lot in the 30 years prior where I was attorney general has been the strengthening of these criminal organizations in Mexico, these cartels that are not only involved in multiple kinds of drugs and the transportation of those drugs and distribution in the United States, but also into human trafficking. So, attacking those transnational criminal organizations is a high priority.

The FY 2020 budget requests a total of $3.2 billion that is targeted at dealing with these transnational organizations, and we’re seeking an increase of $109 million this year. We’re also seeking $29 million in programmatic enhancements, including $18 million to strengthen the FBI’s ability to monitor and target the transnational organizations, and $10 million to strengthen DEA’s ability to operate its judicial wire intercept program in Central America. And another $1.7 million for DEA’s sensitive intelligence unit, which is targeting these groups and their illicit trafficking in narcotics. I personally believe that an important part of securing the southern border is to have a barrier system on the border and I think that will help not only in narcotics interdiction but also in suppressing human trafficking and it’s an important part of our enforcement.