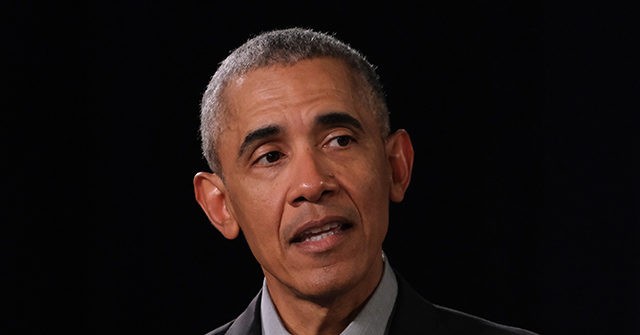 “We can’t label everyone who is disturbed by immigration as racist,” former President Barack Obama told a youth group in Berlin on Saturday.

While Obama didn’t say all “disturbed by immigration” should be considered racist, he did finger what he claimed were “clearly racist motives of some.”

His comments came the same weekend that President Donald Trump renewed warning to Mexico that if they did not continue their new practice of “meaningfully apprehending illegals at THEIR Southern Border,” he would tariff Mexico automobile imports to the U.S. 25 percent and if that didn’t work, the U.S. would close the southern border.

He added that he would consider an additional economic penalty for the $500 billion in drugs smuggled over the southern border each year.

“If you’re going to have a coherent, cohesive society, then everybody has to have some agreed-upon rules,” the former Democrat president told the group of young leaders from across Europe gathered in Berlin. The group numbered in the hundreds, according to Newsweek. “And there are going to have to be some accommodations that everybody makes. And that includes the people who are newcomers. The question is, are those fair?”

Barack Obama: “We can’t label everybody disturbed by immigration as racist” https://t.co/za5E11lG93 pic.twitter.com/zVEvZHcVkV

“Should we want to encourage newcomers to learn the language of the country they’re moving to? Of course,” Obama said adding that it’s not that they can’t ever use their own language. “It’s not racist to say, ‘Ah, if you’re going to be here then you should learn the language of the country that you just arrived at because we need to have some sort of common language in which all of us can work, and learn, and understand each other.’”

“It gets more sensitive, obviously, around religious issues,” he went on. “That becomes more challenging and I don’t have y’know simple solutions to all of that, but I guess what I think we have to do in order to push back against just y’know, what are clearly racist motives of some, we can’t label everybody who is disturbed by immigration as a racist.”