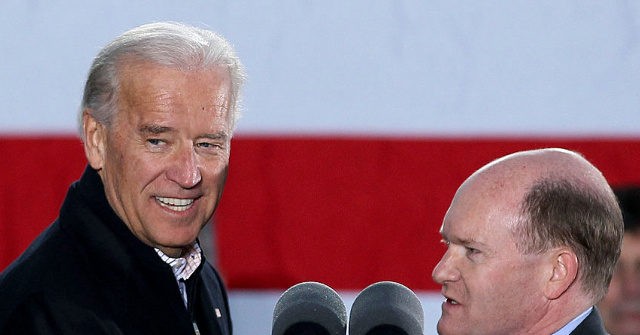 He even suggested the best way to discern the validity of those reports is by how Biden performs during his campaign — a 2020 run that Biden himself has yet to confirm. “At the end of the day, the best way to measure this is to see how former Vice President Biden does on the campaign trail,” he said.

Biden posted a video to Twitter promising to be more “mindful” of his behavior toward women, but then almost immediately joked about needing “permission” to hug people at an International Brotherhood of Electrical Workers event. Coons has repeatedly defended Biden’s conduct.

Coons claims he is just keeping priorities straight: “At the end of the day what matters here is his very real record of making progress on LGBT rights, on fighting climate change, on improving wages for working people and on fighting for better infrastructure and apprenticeship programs,” he said. Apparently, even at the cost of invalidating women’s experiences.