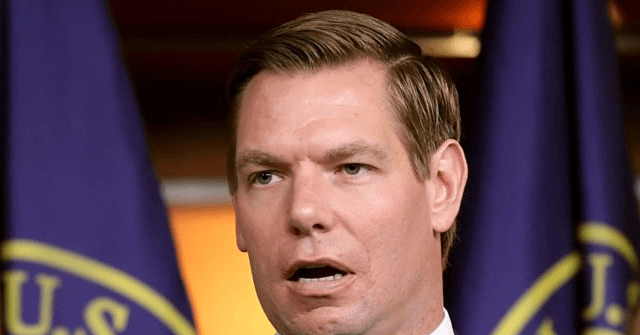 During an April 8, Esquire interview Rep. Eric Swalwell made clear his belief that the U.S. should follow Australia and New Zealand’s lead on confiscatory gun controls.

He said, “Do what Australia did, do what New Zealand did. They’ve shown us—Australia in the 90s, New Zealand just this week—that courage in doing the right thing can protect people.”

Swalwell also reiterated his call for a ban and buyback scheme on commonly-owned semiautomatic rifles, saying, “Last year I wrote a bill calling for a buy back and ban on assault weapons—not just to ban future manufacturing, but to just take the 15 million that are out there and buy them back.” He renewed that call on April 3, via a tweet in which he said, “We recently passed background check bills in the House. We must ban and buyback assault weapons next.”

On February 1, Breitbart News reported Swalwell’s claim that a “right to be safe” is greater than any other right possessed by Americans. He did not point out any mention of the “right to be safe” in the Bill of Rights nor did he grapple with the Founders’ conviction that the right to keep and bear arms is how the American people keep themselves safe.