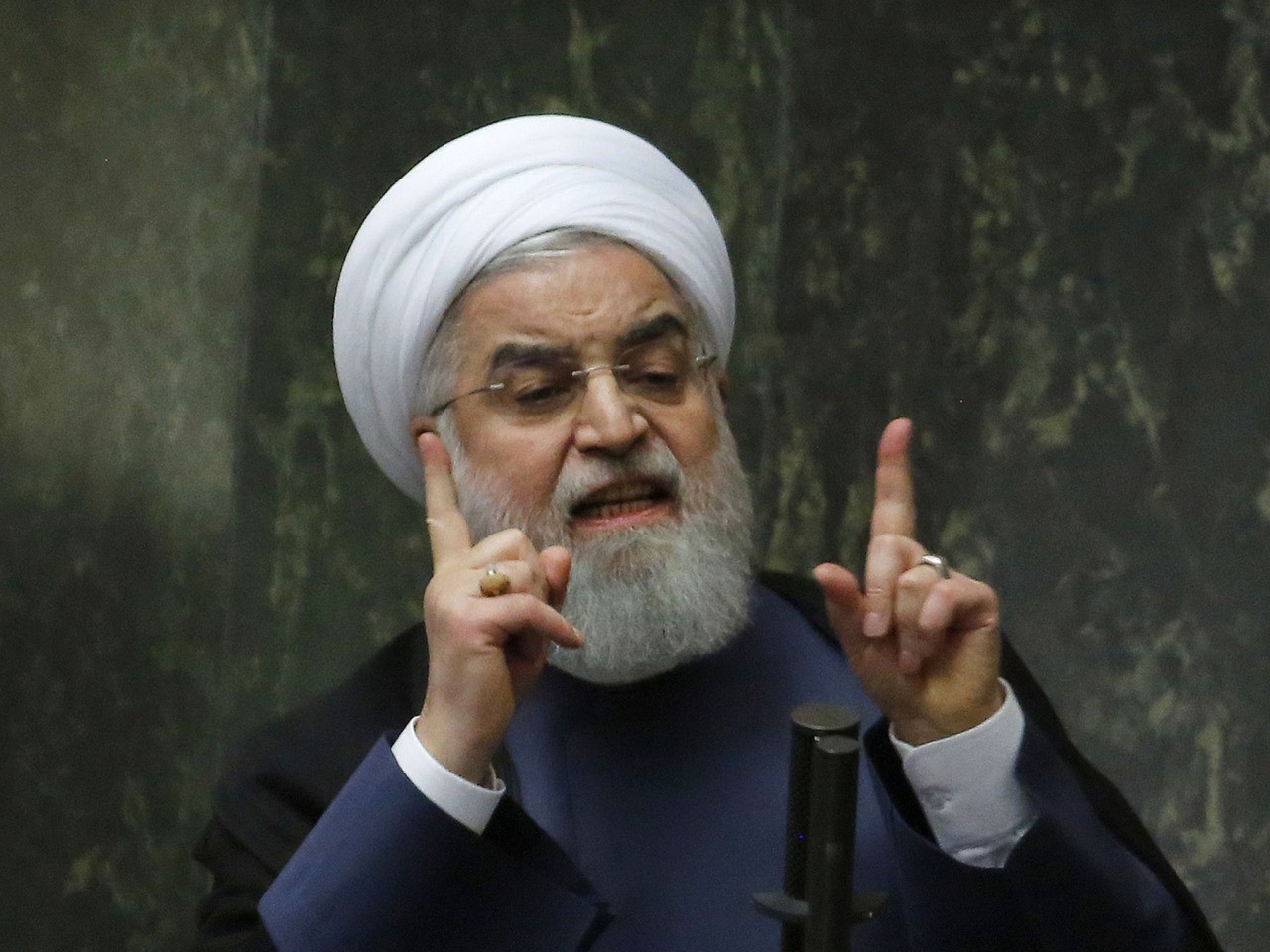 Rouhani went on to state that “nobody cares” about the designation and Iran does not expect the global community to shun cooperation with the IRGC in response to the terror labor, despite decades of evidence connecting the IRGC to terrorist attacks in Europe, Asia, and Latin America.

Rouhani’s remarks following a meeting between Iranian Supreme Leader Ayatollah Ali Khamenei and IRGC members and their families, meant as a public display of solidarity with a branch of the Iranian military experts believe the Iranian regime tasks with using terrorist tactics to expand the nation’s influence worldwide.

The IRGC is believed to be active in some of the most unstable parts of the Middle East, particularly Iraq, Syria, and Lebanon, and Iranian officials have referred to the IRGC and the Shiite terrorist organization Hezbollah as “a single apparatus jointed together.”

When addressing a foreign audience, Iranian officials instead tend to refer to the IRGC as a prominent anti-terrorist presence in the region, citing its conflict with Sunni terrorist groups like the Islamic State. Senior Iranian officials, including Khamenei, have repeatedly accused the United States of creating the Islamic State to minimize Iranian influence in the region.

“You made another mistake and called the IRGC terrorist; nobody cares what you do,” Rouhani told the United States in remarks Tuesday made to observe Iran’s “National Nuclear Energy Day,” according to the state-run Press TV. “Rest assured that today the IRGC is more popular than ever before in the hearts of the Iranian nation as well as in the region.”

“Today, the global arrogance and the United States are venting their animosity and [making up for their ] defeats by calling terrorist a group whose main motto has been fighting terrorism,” Rouhani continued, claiming that American and “Zionist” leaders “hold a grudge against the IRGC because it has always been the flag-bearer of resistance.”

Rather than being the world’s preeminent state sponsor of terrorism, as significant evidence compiled for decades suggests, Rouhani alleged that Iran is the world’s biggest “victim of terrorism” because it is under siege by terrorist groups “made by the superpowers, on top of them America.” The Islamic State, he added, was the prime example of such a group.

“The United States keeps using Daesh as an instrument and is at the pinnacle of global terrorism,” he claimed.

Khamenei, in his remarks at a separate event dedicated to the IRGC, threatened the United States with unspecified karmic retribution. The “malice” of identifying the IRGC as a terrorist organization “will lead nowhere,” the supreme leader asserted. “With their deceit rebounding back to themselves, the Islamic Republic’s enemies — such as Trump and the idiots… in the US government — are moving toward rock bottom.”

“The Revolution will undoubtedly go on,” Khamenei promised, adding that the move will “boomerang” on America.

The nation’s leaders made their statements as Iran’s parliament, which often serves as a sounding board for the most hardline elements of the Iranian regime, opened Tuesday with lawmakers wearing IRGC uniforms and chanting “death to America” in solidarity. The Iranian government’s first official step in response to the designation was to brand the U.S. military a terrorist organization in response.

The State Department announced the move to place the IRGC on its list of Foreign Terrorist Organizations (FTOs) on Monday, the first time Washington has done so with a branch of a foreign state’s military. The other members of the FTO list are independent organizations and rogue actors that have used violence against civilians to amass political power, ranging from jihadist groups like the Islamic State and al-Qaeda to communist groups like the Revolutionary Armed Forces of Colombia (FARC) and the Communist Party of the Philippines.

“This unprecedented step, led by the Department of State, recognizes the reality that Iran is not only a state sponsor of terrorism, but that the IRGC actively participates in, finances and promotes terrorism as a tool of statecraft,” President Donald Trump said in a statement announcing the move.

“We’re doing this because the Iranian regime’s use of terrorism as a tool of statecraft makes it fundamentally different from any other government,” Secretary of State Mike Pompeo told reporters on Monday. “This historic step will deprive the world’s leading state sponsor of terror the financial means to spread misery and death around the world.”

President Trump had reportedly considered the designation for years, beginning with the early days of his presidency in 2017. The label is part of what the administration calls a “maximum pressure” campaign meant to curb Iranian influence – which, in the aftermath of the Iranian nuclear deal signed under the Obama administration, skyrocketed in politically unstable areas like Syria, Iraq, Yemen, Lebanon, and Venezuela. That influence has come at the cost of many civilian and American military lives. According to the Pentagon, IRGC proxies killed 603 Americans between 2003 and 2011.

The Iranian government is believed to be behind some of the deadliest terrorist attacks in history – including the deadliest in the history of the Western Hemisphere before September 11, 2001, the bombing of the Argentine-Israeli Mutual Association (AMIA) headquarters in Buenos Aires.

Lightfoot: $500,000 in Funding for Abortions for Non-Chicagoans Is 'a Down Payment'