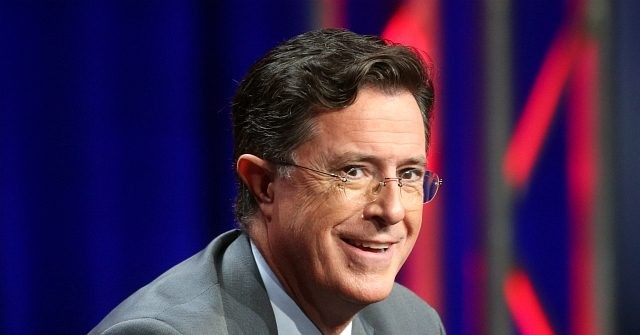 CBS Late Show host Stephen Colbert mocked the resignation of the Department of Homeland Security (DHS) chief Kirstjen Nielsen this weekend, suggesting that her departure was so she could spend more time “separating her family.”

On Sunday evening, Nielsen offered her resignation amid soaring levels of illegal immigration and an expanded Catch and Release policy that was undermining President Donald Trump’s campaign commitments. Nielsen was also heavily  criticized for her role in the separation of children from adults following a surge of illegal immigration last year.

“Now, even though Nielsen officially wasn’t ‘fired,’ reportedly she ‘did not resign willingly.’ Not fired, but not… that sounds like splitting hairs. No, Sarah did not dump me, she begged me to dump her!’” Colbert quipped. “Nielsen’s departure is not a total shock. Reportedly for weeks, Nielsen has felt ‘in limbo’—‘limbo’ is the right word here, because we’ve all been watching just how low she can go.”

TONIGHT: How will Trump find someone worse to replace Secretary of Homeland Security Kirstjen Nielsen? Is Voldemort available? #LSSC pic.twitter.com/DTPsolzc0r

Colbert failed to mention that the “cages” being used by Trump’s DHS to detain illegals were also used by President Obama’s administration.

Stephen Colbert went on to suggest that Trump forced her resignation because he is looking for somebody who can be “cruel to children.

“Sure, she puts kids in cages, but Trump was upset because Nielsen hasn’t enacted stricter immigration rules,” he continued. “So, he just needs someone who can be crueler to children then Kirstjen Nielsen. Get ready for Secretary of Homeland Security Pennywise—and of course, she will be taking his place.”