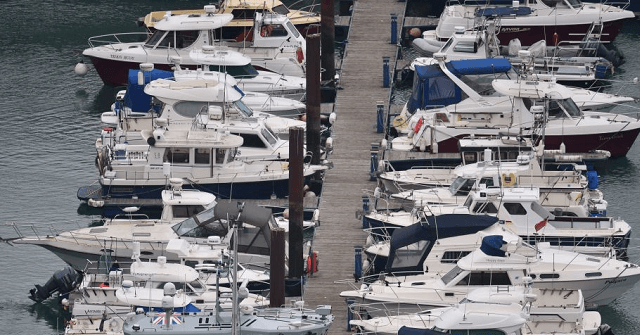 A majority of people in the UK from every age bracket and ethnic background want to see immigration reduced, a new survey has found.

The study of 10,000 people carried out by the newly formed centre-right think-tank ‘Onward’ discovered that all groups, including minority ethnic groups, 18-24-year-olds and those who voted to remain in the EU, all back reducing the level of immigration into the UK.

The study also found that among the most popular of proposed policies focussed on immigration would be one requiring new migrants to learn the English language upon arrival.

The findings come as Britain faced its highest rate of non-EU migration for 14 years. In 2018, net immigration from non-EU countries stood at over 248,000, equivalent to the population of Southampton arriving in just one year. The demographic shift helped push the non-UK born population of the country to 9.4 million, around one in seven people nationwide.

The most recent figures from the Office for National Statistics (ONS) found that between July and September last year, there were 1.24 million non-EU nationals working in the UK as well as 2.25 million EU nationals, a total of nearly 3.5 million, larger than the population of Wales.

The UK government has faced serious criticism for its consistent failure to reduce immigration, despite the Conservative manifestos in 2010, 2015, and 2017 all pledging to reduce net migration from the hundreds of thousands to the tens of thousands.

The head of immigration thinktank Migration Watch said in December 2018 that new proposals for immigration post-Brexit could even make the situation worse. Migration Watch chief Lord Green of Deddington said of the government’s new white paper that they were “shocking proposals which run completely against the current of public opinion and which are likely to result in even more massive levels of immigration,”

In 2017 then-newly appointed Editor of the London Evening Standard and former Conservative Chancellor of the Exchequer George Osborne said that the Conservative government in private never intended to keep the promise to reduce immigration to the tens of thousands. He wrote “none of (the Cabinet’s) senior members supports the pledge in private and all would be glad to see the back of something that has caused the Conservative Party such public grief”.

Study Finds 82 Per Cent of UK Population Growth This Century Down to Immigration https://t.co/JpxweSlY8K