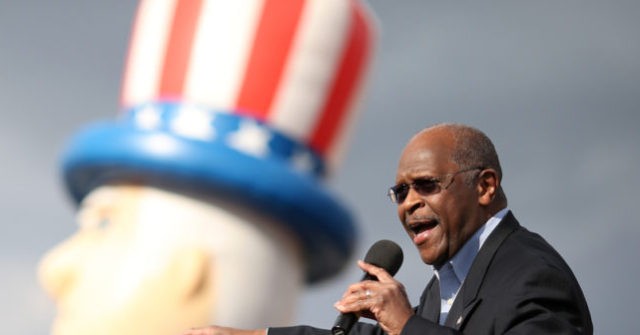 Wall Street is not happy with President Donald Trump’s plans to nominate Herman Cain and Stephen Moore to the Federal Reserve board of governors, according to a CNBC Survey published Monday.

Trump has not yet formally appointed Moore or Cain but has said he intends to do so.

Of course, being unpopular on Wall Street is not likely to hurt the chances of Cain and Moore to be nominated or confirmed. President Donald Trump has shown a willingness to buck Wall Street on immigration and corporate media mergers. And Wall Street overwhelmingly supported Hillary Clinton over Trump in the 2016 election.

Trump’s public criticism of the Federal Reserve is no longer as unpopular on Wall Street as it once way. Sixty-one percent of those surveyed said Trump’s remarks were inappropriate, with 39 percent saying they were appropriate.  In July, the last time CNBC asked about Trump’s Fed comments, 83 percent disapproved and only 15 percent approved.

On the other hand, Wall Street also is becoming more convinced that Trump may actually be influencing the Fed with his comments. Back in November, 83 percent said Trump’s comments had “no effect” on monetary policy. That dropped to 65 percent in the most recent survey. The number saying Trump’s criticisms make rate hikes less likely rose to 22 percent from 14 percent in November.

Between the two surveys, The Fed changed its approach to monetary policy, going from a policy of gradual rate increases to putting rate changes on pause until evidence of higher inflation or lower growth emerges. That brought the Fed more in line with the president’s views, although recently Trump said the Fed should actually cut rates to accelerate economic growth.

In other words, Wall Street took notice of the Fed changing its policies after Trump blasted last year’s hikes. Donald Trump Thunders Against ‘Racist’ Hollywood: ‘They Create Violence, Then Try to Blame Others’