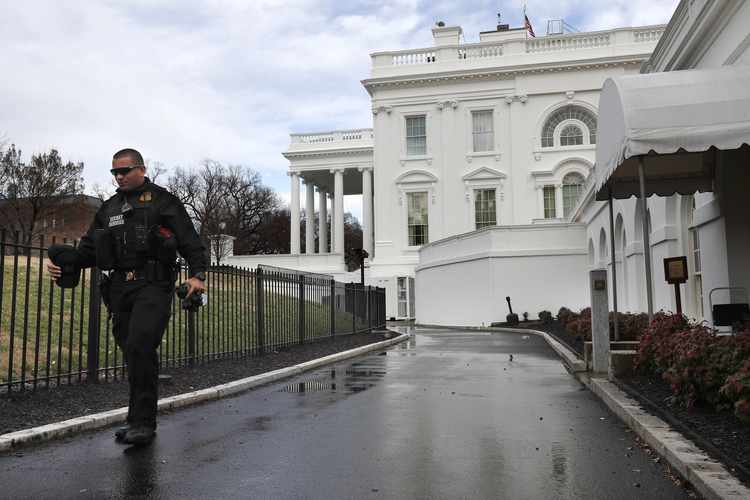 The Secret Service, the once vaunted force charged with protecting the president, is again bracing for new leadership – the third director to helm the troubled agency in five years.

The White House on Monday announced that Randolph “Tex” Alles would be stepping down amid a shakeup at the Department of Homeland Security, where DHC Secretary Kirstjen Nielsen was forced to resign, effective April 10. Trump tapped James Murray, a career Secret Service agent and official who is currently the assistant director of the Office of Protective Operations, as the agency’s new director.

Murray also has served as Secret Service’s liaison to Congress, the special agent in charge of the Washington field office and held the top leadership role at the agency’s training center in Maryland.

There was no immediate reason given for Alles’ departure, which appeared to be part of a housecleaning of sorts of DHS officials with ties to John Kelly, President Trump’s former chief of staff and, prior to that, secretary of Homeland Security. The moves coincides with White House senior adviser Stephen Miller, an immigration hardliner, taking over the DHS portfolio.

Kelly is a retired U.S. Marine Corps general who was pushed out of the administration at the end of last year after months tangling with Trump and other White House officials. Kelly helped pull in Alles, a former major general in the Marine Corps, to lead the Secret Service, at the beginning of Trump’s presidency.

In a memo to other Secret Service officials and staff on Monday, Alles denied being fired and said administration officials had told him “weeks” ago – before a serious security breach at Mar-a-Lago — to plan for “transitions in leadership” across DHS.

“No doubt you have seen media reports regarding my ‘firing,’” he wrote in the memo addressed to “All the Men and Women of the U.S. Secret Service” and obtained by RealClearPolitics.

“I assure you that is not the case, and in fact was told weeks ago by the administration that transitions in leadership should be expected across the Department of Homeland Security,” he wrote.

“The president has directed an orderly transition in leadership for this agency, and I intend to abide by that direction. It is my sincere regret that I was not able to address the workforce prior to this announcement,” he continued.

Both Alles and the administration made it clear that the arrest of a Chinese woman carrying a malware-laced device at Mar-a-Lago did not lead to the director’s departure. An administration source told RCP the decision “has been in the works for two weeks and is no way related” to the Mar-a-Lago incident.

Alles, in his staff memo, also called Murray a “consummate professional, a true leader” and someone whose capabilities have earned his confidence.

At the beginning of his administration, Trump followed recommendations made by a blue-ribbon panel convened in 2014 at the height of several Secret Service scandals to tap an “outsider” to head the agency.

Alles was the first non-Secret Service employee to be named director in the agency’s storied history. The panel, and several key members of Congress, all called for a new director who was unconnected to the current and former leadership who could truly change the insular culture and uneven discipline partially responsible for low morale.

Before that recommendation, President Obama named Julia Pierson, a career agency official, to be the first woman Secret Service director. Even after the recommendation, he turned to known quantity Joseph Clancy to replace Pierson when security lapses continued. Clancy had served as the head of the service’s presidential protective division during Obama’s time in office before retiring. Obama brought him back to try to reform the agency, but it continued experiencing security breaches, as well as discipline and retention problems.

Murray is very well-liked and respected but it’s unclear if he can truly shake up the culture to make necessary changes, sources close to the Secret Service community told RCP.

In order to fix the morale problem, one source said Murray needs “to set friendship aside and promote competence, fairness – [that’s] easier said than done in D.C.”

Gary Byrne, a former Secret Service Uniformed Division officer who wrote a tell-all book about the Clintons and their misbehavior in the White House and another about the history of the service, said the agency on Monday was reeling after the announcement of Alles’ departure and Murray’s ascension.

Even though Murray is well-respected, he said officers he’s talked to “still want somebody from the outside” to lead the agency.

“They just keep repeating the same mistakes,” Byrne said of the quick succession of directors.

“Nothing has really changed – unless they fix the problem with the Uniformed Division pay scale and reduce the number of hours everyone is working. It’s an insane amount of hours these guys work,” he said.

The agency’s uneven discipline problems and claims of top officials contributing to a culture of corruption have also exacerbated tensions among the rank and file.

In the first few weeks of the Trump administration, a senior Secret Service agent faced an internal disciplinary investigation after posting on Facebook that she would not take a bullet for the new president. But the agency declined to act on a complaint about Kerry O’Grady, the senior agent in question, until a media report exposed the Facebook post.

After nearly two years on paid administrative leave, O’Grady is being allowed to leave the service in just a few weeks virtually unscathed financially with her retirement largely intact.

“They let her get away with what she did because they didn’t want her spilling the beans on the dirt of the Secret Service,” Byrne said, noting that it “absolutely degraded morale.”

“The senior officials and staff of the Secret Service knew what was going on … and they were ignoring her behavior until” the issue became public and others in the community started to “raise a stink,” Byrne said.

In recent years, the Secret Service has ranked either dead last or near the bottom of a government employee survey of job satisfaction conducted annually by the nonpartisan Partnership for Public Service. The agency’s most-recent ranking, released late last year, is near the bottom at No. 398.

Many of the morale problems are tied to agents’ and officers’ crushing workload — long hours amid increased security demands from the White House and in protecting presidential candidates in recent years, as well as lagging employment recruitment and poor retention rates.

As of August of 2017, just nine months into the Trump presidency, more than 1,000 agents had hit their federally mandated caps for salary and overtime allowances that were meant to cover the entire year.

Responding to that crisis, Alles was able to convince Congress to provide more funding in a 2018 bill aptly titled the Secret Service Recruitment and Retention Act, but it mainly played a stop-gap role in fixing the overtime funding shortfall.

Solving the underlying workload issues would mean expanding the Secret Service workforce, giving each agent and officer time to take longer breaks from duty to recharge and attend training sessions to sharpen skills.

Trump’s 2019 budget aimed to accomplish this by providing hundreds of millions of dollars more to support an additional 450 agents and officers for a total of 7,600 positions by the end of the fiscal year. However, the DHS inspector general testified to Congress last year that even that number is insufficient – that the agency needs a total of 8,200 personnel, 1,700 more than it currently has.

After Congress provided more money for overtime, agents are now getting paid for all the work they do but are still working far too many hours and being stretched too thin, insiders say.

“If you’re working 120 hours a pay period, which a lot of these guys are, you’re still working too much,” Byrne said.

Dems Need a Candidate who Speaks to Springsteen Voters Here’s How Many Abortions Planned Parenthood Performed Within A Year Fmr. FBI Special Agent Reacts To IG Report, He Explains Why He Thinks The Russia Probe Was Politically Motivated