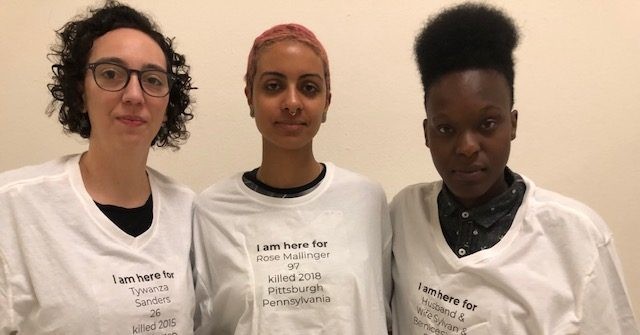 The Democrats on the House Judiciary Committee are holding a hearing on Tuesday on hate crimes and the “rise of white nationalism.”

“This hearing will examine hate crimes, the impact white nationalist groups have on American communities and the spread of white identity ideology,” the committee’s website states. “The hearing will also foster ideas about what social media companies can do to stem white nationalist propaganda and hate speech online.”

“Communities of color and religious minorities have long been subject to discrimination and have been targeted by groups who affiliate with ideologies of hate,” the website states. “White identity groups have a long history of oppressing racial and religious minorities and promote individual expressions of violence with the aim of preserving white racial and political hegemony.”

“Social media platforms have served as world-wide conduits to spread vitriolic hate messages into every home and country,” the website states. “The deadly 2017 ‘Unite the Right’ white nationalist rally in Charlottesville, Virginia served as a frightening reminder of the current threat white nationalism and hate groups pose to the nation.”

The committee said Democrats sent letters to the Trump administration during the last session in Congress when the Republicans were in a majority in the House “to demand answers about hate crimes, the targeted surveillance of minority communities.”

“To date, the Administration has provided little or no substantive response to these requests,” the website states.

The hearing starts at 10:00 a.m. Eastern Standard Time. A live stream will appear above. Please refresh the page.