Special counsel Robert Mueller expressed frustration to William Barr about how the attorney general described the findings of his investigation regarding obstruction of justice to Congress, according to a new report.

The Washington Post reported that Mueller sent the letter on March 27, three days after Barr sent a letter of his own to Congress laying out what he said were the principal conclusions of the special counsel’s 22-month investigation.

The revelation of Mueller’s letter comes on the eve of Barr’s testimony before the Senate Judiciary Committee regarding the special counsel’s probe.

Barr said in the March 24 letter that Mueller did not establish that members of the Trump campaign conspired with the Russian government during the 2016 presidential campaign. More controversially, Barr said that Mueller made no decision on whether charges were warranted against President Trump for obstruction of justice. (RELATED: Here’s What Mueller Found (Or Didn’t Find) On Collusion) 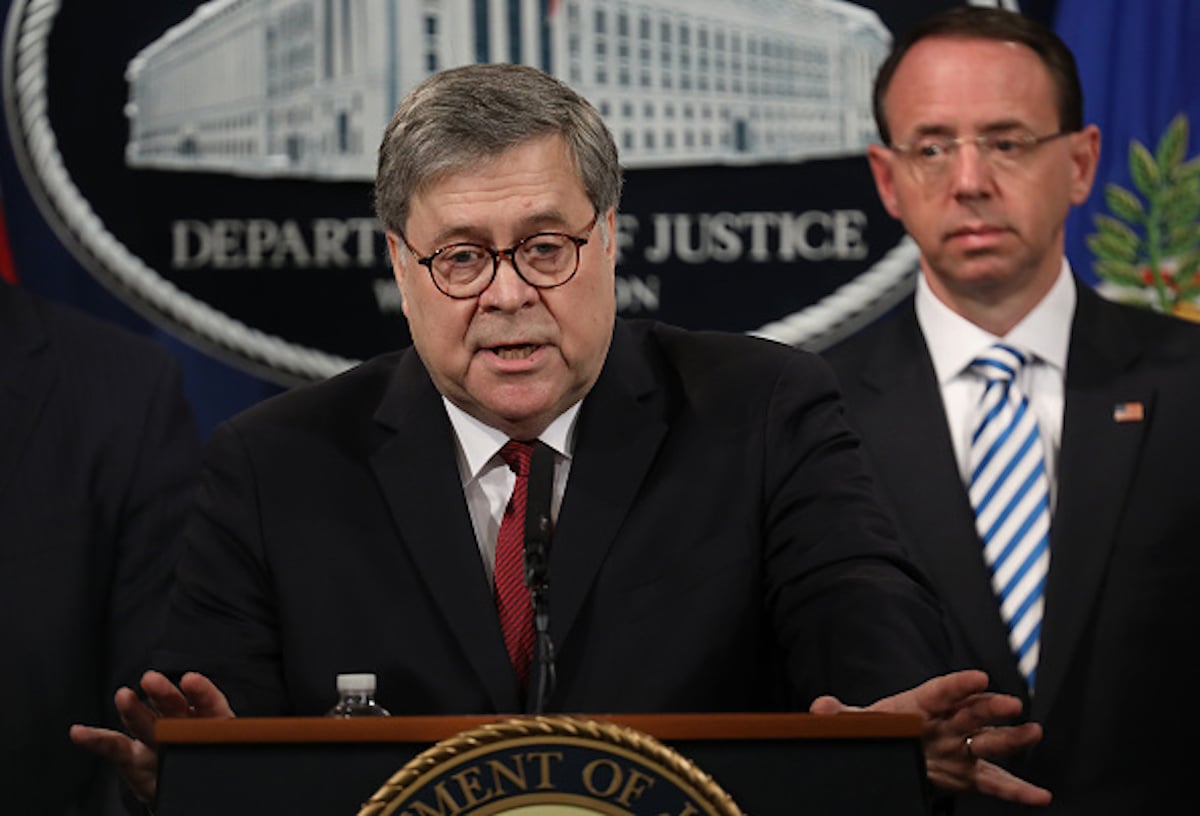 U.S. Attorney General William Barr speaks during a press conference on the release of the redacted version of the Mueller report at the Department of Justice April 18, 2019 in Washington, DC. (Photo by Win McNamee/Getty Images)

Mueller neither recommended charges nor exonerated Trump, Barr told lawmakers. But he said that after consulting with Deputy Attorney General Rod Rosenstein and Justice Department lawyers, the Justice Department would not pursue a case against Trump, partially because there was no underlying conspiracy claim.

President Trump’s supporters touted Barr’s remarks, saying that the Republican was cleared on the question of collusion and obstruction.

But according to The Post, Mueller complained to Barr that his letter “did not fully capture the context, nature and substance” of the special counsel’s investigation into the matter of obstruction.

“There is now public confusion about critical aspects of the results of our investigation. This threatens to undermine a central purpose for which the Department appointed the Special Counsel: to assure full public confidence in the outcome of the investigations,” Mueller wrote.

He also suggested that the Justice Department could quickly release the report in order to avoid public confusion that he claimed stemmed from Barr’s congressional letter.

“Release at this time would alleviate the misunderstandings that have arisen and would answer congressional and public questions about the nature and outcome of our investigation,” Mueller wrote, according to the Post.

Barr and Mueller spoke by phone on March 28, in what government officials told The Post was a cordial conversation.

In addition to questions about the Mueller report, Barr is also likely to face questions on Wednesday over his remarks in a congressional hearing on April 10 that he believes that “spying did occur” against the Trump campaign.

He said in the hearing that he will form a task force within the Justice Department to investigate whether government agencies improperly surveilled the Trump campaign.

Congressional Democrats have criticized Barr’s handling of the investigation, including the release of the special counsel’s report. House Democrats subpoenaed an unredacted version of the report on April 19.