On Wednesday, “Pseudo Intellectual” host Lauren Chen covered the dark side of female interaction and the psychological reasons for unfavorable behavior between women and how it correlates with modern day feminism.

Chen explained how evolutionary theory suggests that men and women will compete for the attention of members of the opposite sex by exhibiting traits that are favored by the opposite sex. For example, men will demonstrate behavior that promotes their physical abilities and social status, while women will focus on youth and physical attractiveness. 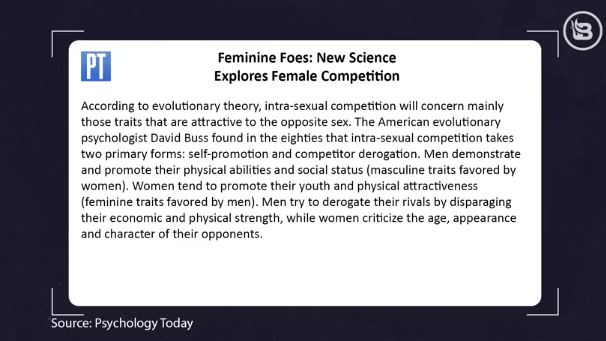 According to Psychology Today, women have a tendency to be more passive aggressive and use gossip and manipulation to sway both men and women to view the competition and less of a threat rather than using the more masculine tactic of physical confrontation. 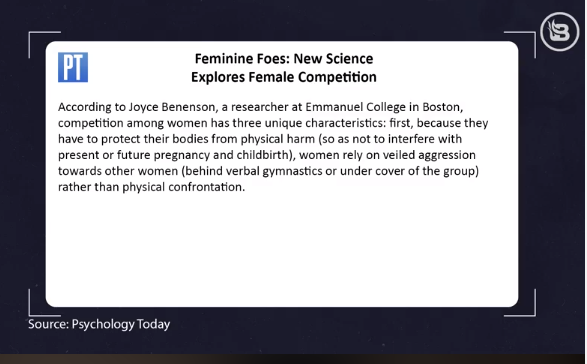 Chen offered new evidence that suggested that 70 percent of females in the work place say they have been bullied by other women at work and that bullying had negatively impacted their professional growth. 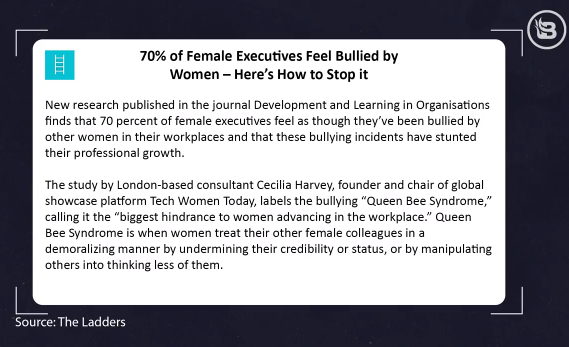 Chen concluded her clip by stating that what feminists are actually trying to do is lower the standards of what men find attractive so that they can compete with the physically desired women and feel they have a chance at finding a mate.

To enjoy more of Lauren Chen’s pro-liberty, pro-logic and pro-market commentary on social and political issues, subscribe to BlazeTV — the largest multi-platform network of voices who love America, defend the Constitution and live the American dream.