25 or 26 year-old Shane Piche (reports conflict on his age) worked as a bus driver in Watertown City School District in upstate New York last year when he met his victim, according to the Huffington Post. Piche reportedly communicated with the girl over social media, bought her alcohol and took her to his home where he raped her in June of 2018, according to CNN.

The girl’s mother told police that Piche “bought her daughter gifts and invited her and other minors to his home where he gave them alcohol,” according to the Huffington Post. (RELATED: Old Rape Kits Got Tested, And Now A Lot Of Rapists Are In Jail)

Prosecutors initially charged Piche with second-degree rape, with first-degree unlawfully dealing with a child and with endangering the welfare of a child.

Piche pleaded guilty to third-degree rape in February, according to the Huffington Post. It was expected he would be charged as a Level 2 sex offender, meaning that his address would have been available to the public and he would have been labeled a “medium risk of re-offense” offender. 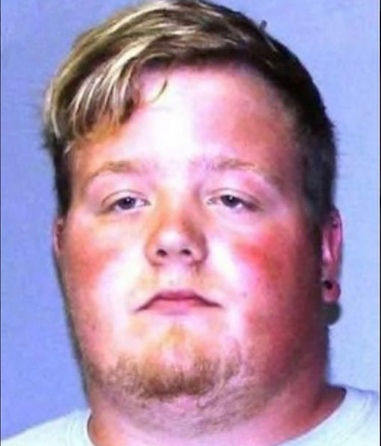 However, Judge James P. McClusky sentenced Piche on April 25 to 10 years of probation and labelled him a Level 1 sex offender – meaning only Piche’s zipcode would be disclosed. McClusky’s reasoning was that Piche had only raped one girl and that he had no previous arrests. Piche is not allowed to be with anyone under 17 years old and will also have to pay court fees of $375 and sex offender registration fees of $1,000, according to the Watertown Daily Times.

“I wish Shane Piche would have received time in jail for the harm he caused to my child,” the victim’s mother said in a statement, according to WWNY. “He took something from my daughter she will never get back and has caused her to struggle with depression and anxiety.”

A petition to recall Judge McClusky that has gained over 46,768 signatures as of Wednesday morning.

The petition reads, “Tell the New York Commission of Judicial Conduct: ‘Judge James McClusky just let a child rapist off with a slap on the wrist. Remove him from his position immediately for his blatant disregard for survivors of sexual assault.’”