As the New York Times takes flak for publishing an anti-Semitic cartoon that offended the religious sensibilities of millions, the gaffes that expose the basic religious ignorance of the establishment media continue to accumulate.

In op-ed that fixates on the race and physical appearance of Jesus, published on April 20, author Eric V. Copage made the claim that “a white Jesus is still deeply embedded in the Western story of Christianity,” and that “it has become often impossible to separate Jesus and white from the American psyche.” He also claimed, in a phrase since deleted, that “Jesus, born in Bethlehem, was most likely a Palestinian man with dark skin.”

The area in which Christ was born and lived was, at the time, the Roman province of Judea. It would not officially assume the name of Syria Palaestina until the second century A.D., after the Jewish-Roman wars. According to some scholars, the Roman Emperor Hadrian intended with the new name to erase the region’s associations with the Jews. 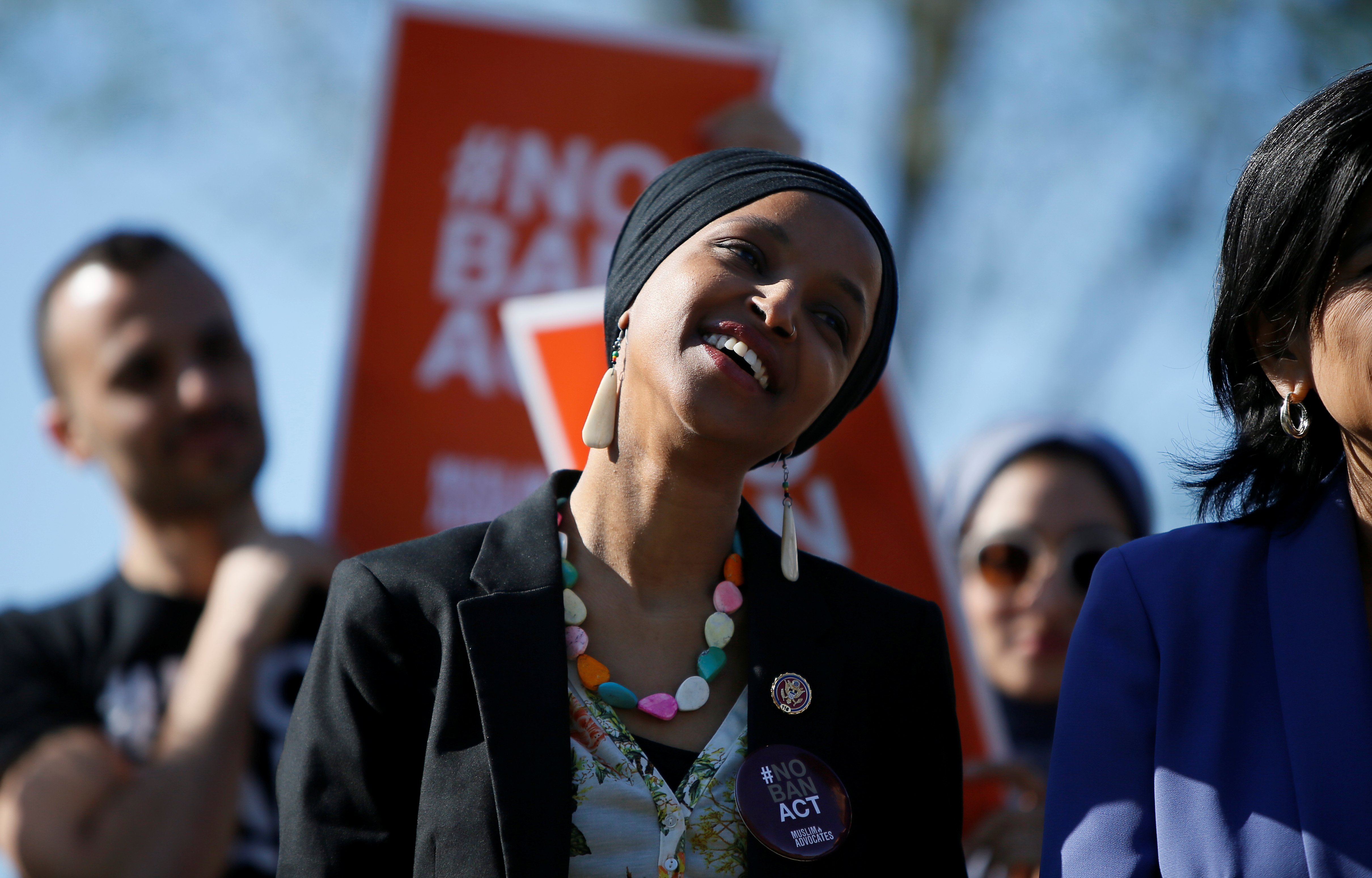 The same day, Democratic Minnesota Rep. Ilhan Omar retweeted Omar Suleiman, a professor of Islamic studies at Southern Methodist University, who likewise expressed the idea that Jesus was a Palestinian. Many rebuked her for this, including Rabbi Abraham Cooper, who called the revisionist history “a grotesque insult to Jesus born in the land of Israel and to Christianity,” in an interview with The Jewish Journal. (RELATED: House Overwhelmingly Approves Motion To Condemn Anti-Semitism Amid Omar Fallout)

I was once asked by a relative who is a Palestinian Christian why the Christian right in America largely supports their oppression.

The fire that caused the spire of Notre-Dame Cathedral to collapse gave ample opportunity for the establishment media to display their ignorance.

In an April 18 article about Father Jean-Marc Fournier, the priest and fire department chaplain who rescued the Crown of Thorns and other invaluable relics from the flames, The New York Times was forced to issue a correction when they misunderstood the term “Body of Christ.” Evidently unaware that the “Body of Christ” is a term used to the describe the consecrated host used in Holy Communion, the writer of the article seemed to think that Fournier had instead rescued a statue. (RELATED: French Media, Government Largely Silent About Huge Spike In Church Vandalism: Christian Watchdog Group Director) 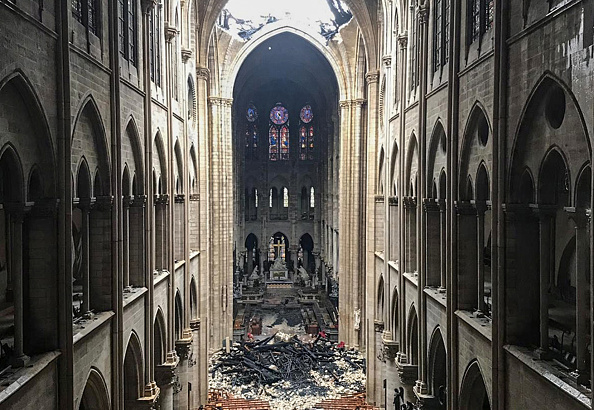 A picture taken on April 16, 2019 shows an interior view of the Notre-Dame Cathedral in Paris in the aftermath of a fire that devastated the cathedral. (Photo by AFP/Getty Images)

“An earlier version of this article misidentified one of two objects recovered from Notre-Dame by the Rev. Jean-Marc Fournier,” the Times wrote in its correction. “It was the Blessed Sacrament, not a statue of Jesus.”

The Associated Press also took heat for publishing an article with the headline, “Tourist mecca Notre Dame also revered as place of worship,” published a day after the catastrophic fire.

NPR published an article on Good Friday 2018 about an Italian reporter’s claim that Pope Francis had denied the existence of Hell. Giving background on the importance of the central Christian holiday, NPR mistakenly described Easter as “the day celebrating the idea that Jesus did not die and go to hell or purgatory or anywhere at all, but rather arose into heaven.”

Though Christian disagree on the precise meaning of the doctrine, the Apostles’ Creed — to which every branch of Christianity adheres — explicitly maintains that Christ “descended into hell” after his death. NPR issued a correction shortly thereafter and was raked over the coals for its error. A writer for The Washington Post accused NPR of “mangling” the holiday, and some bemoaned the gaffe as indicative that religious ignorance was widespread even in the most respected newsrooms.

NPR issued this embarrassing correction today. I assume will be no questioning within the NPR newsroom about its lack of religious literacy and religious diversity. pic.twitter.com/iIfh5YXu4b

On the same day, NBC News anchor Chuck Todd offended many when he tweeted, “I’m a bit hokey when it comes to “Good Friday.” I don’t mean disrespect to the religious aspect of the day, but I love the idea of reminding folks that any day can become “good,” all it takes is a little selflessness on our own part. Works EVERY time.” Many Christians regarded the tweet as a flippant disregard for the day in which Jesus made an atonement for sins by His death, according to the New Testament.

I’m a bit hokey when it comes to “Good Friday.” I don’t mean disrespect to the religious aspect of the day, but I love the idea of reminding folks that any day can become “good,” all it takes is a little selflessness on our own part. Works EVERY time.

In a similar mistake, the New York Times mischaracterized the purpose of Easter while covering Pope Francis’ first annual Easter sermon in March 2013. Unaware that the Resurrection in Christian theology refers to the literal raising of Jesus from the dead, the Times journalist claimed that Easter celebrated instead His “resurrection into heaven,” presumably confusing it with the Ascension, which happened 40 days later. The paper issued a correction the next day. 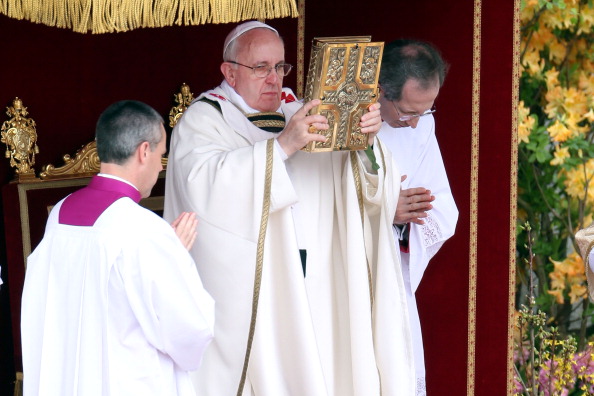 Religious illiteracy is not limited to Christianity. In March 2018, The Wall Street Journal misquoted Israeli Prime Minister Benjamin Netanyahu, who, during a speech about technology, mentioned in passing that Moses brought forth water from a rock. The story from the Book of Numbers was evidently lost on the Journal’s reporter, who claimed Netanyahu said Moses brought forth water “from Iraq.”

The Kingdom of Iraq, founded in 1921, missed the Bible character by several millennia. 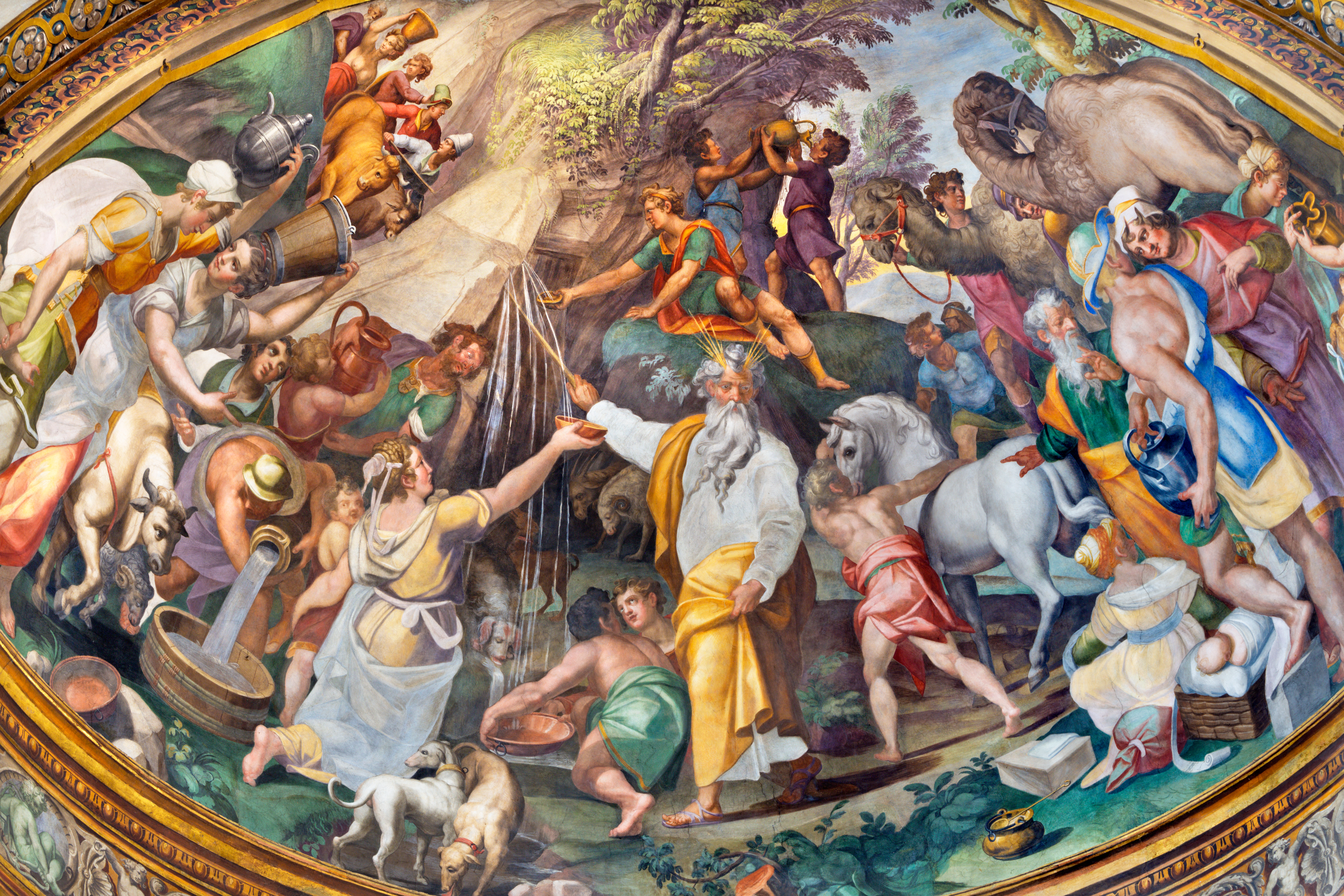 The fresco of the scene as Moses gets water from the rock in side apse of Duomo by Oracio Samacchini (1570 – 1574). (Photo by Renata Sedmakova/Getty Images)

Shortly after the February 2018 shooting at Marjory Stoneman Douglas High School in Parkland, Florida, the Associated Press quoted Broward County Sheriff Scott Israel, who explained that he visited with mourning Jewish families while they were “sitting shiva,” the Jewish practice of receiving visitors for seven days after the loss of a loved one. Unfamiliar with this term, the AP reporter thought the sheriff said “sit and shiver,” and the prestigious news agency took four days to realize the mistake.

This is quite a correction pic.twitter.com/TnFZmbCIQV

The ignorance is also not confined to media sources. On April 19, the first day of Passover, the UK’s Labour Party tweeted an image of a fully-leavened bread loaf to commemorate the holiday in which the Jews in Egypt were forbidden by God to eat it. The Labour Party, which has faced accusations of anti-Semitism, quietly deleted and replaced the image, but did not escape ridicule from many people on Twitter. (RELATED: UK Labour Party Commemorates Passover With A Loaf Of Leavened Bread)

They put a loaf of bread on a Passover greeting. A loaf of bread! They have since deleted and reposted but still…

Democratic Michigan Rep. Rashida Tlaib likewise tweeted an image of leavened bread for Passover and has yet to delete the tweet, despite widespread criticism.

Tonight marks the beginning of Passover! To all our Jewish sisters and brothers, Happy Pesach! I hope it is a time full of joy and love with family and friends. pic.twitter.com/Ngs2OdIVrd

When the New York Times’ executive editor Dean Baquet told Fresh Air in 2016 that “We don’t get religion. We don’t get the role of religion in people’s lives,” he was right. But it doesn’t look like the Times, or for that matter the rest of the liberal media, has done much to correct the problem.

Joe Biden Is Going to Really Regret This Decision