The pilot program, which is expected to start as soon as the coming week, will take place at two different locations on the U.S.-Mexico border and last for several days. The so-called Rapid DNA test consists of a cheek swab that can yield results within 90 minutes. The DNA results will be used to verify whether apprehended migrants are telling the truth when they claim to be part of a family unit.

The program, officials noted, will be voluntary and the results are only used to verify familial relationships — not to prosecute immigrants who aren’t involved in smuggling. (RELATED: DHS Sec. Nielsen: Cartels Are ‘Recycling’ Children Across The Border)

“This is an unprecedented step forward in our investigative process and techniques,” a DHS officials said to reporters during a Wednesday conference call.

The upcoming pilot project comes as a surging number of “fraudulent families” are arriving at the U.S. southern border. Border Patrol identified more than 3,000 fake family cases in the past six months. DHS officials noted a 315 percent increase in the number of adults and children fraudulently posing as “family units” between October 2017 and February 2018.

The reason for lying, officials said, is because illegal aliens are aware of U.S. immigration laws and know they have a better chance of entering the country if they arrive as a family.

“It’s very clear that the cartel and smugglers know the weaknesses in our laws. They know that family units and unaccompanied children will be released with no consequences for their illegal entries,” acting Homeland Security Secretary Kevin McAleenan said during an April visit to the border.

The DNA tests are just the latest moves by border officials to crack down on family fraud and the child smuggling rings that are fueling it. 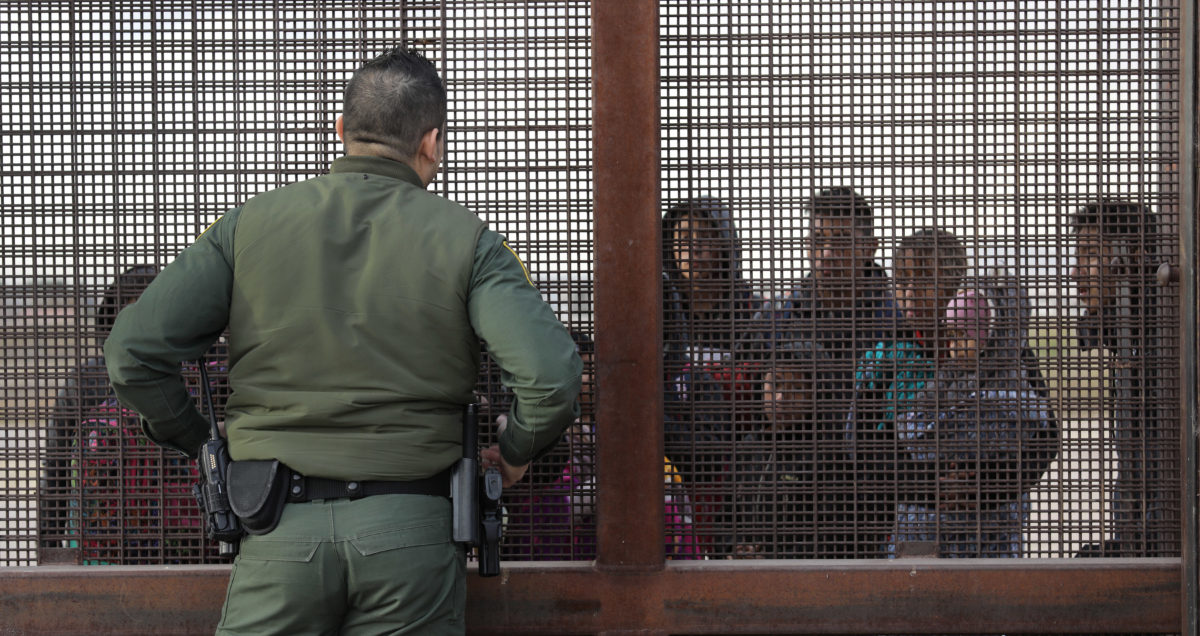 EL PASO, TEXAS – FEBRUARY 01: A U.S. Border Patrol agent speaks with Central American immigrants at the border fence after they crossed the Rio Grande from Mexico on February 01, 2019 in El Paso, Texas. The migrants, who said they were from Guatemala, turned themselves in to U.S. Border Patrol agents, seeking asylum in the United States. (Photo by John Moore/Getty Images)

Immigration and Customs Enforcement (ICE) announced it’s moving experts to the border to investigate child smuggling, and will be utilizing science data to “dismantle” the child trafficking rings employed by human smugglers working across Mexico and Central America.

In addition to the DNA tests and resource allocations, Border Patrol agents are fingerprinting children 14 and younger upon apprehension — a change in previous policy as they fight child smuggling rings. The Mueller report gets a 9:30 Club kind of debut