An aside in a New York Times report on the Steele dossier undercuts a long-running assertion in the press that Russian President Vladimir Putin’s interference in the 2016 presidential election was aimed primarily at getting President Donald Trump elected.

The intelligence community’s 2017 assessment of Russia’s meddling goals made it clear that Putin decided to back Trump late in the game, but the press continued to push the narrative that he was a Trump supporter from day one. That frame of the intel report nicely complimented the Trump-Russia collusion speculation that was then in its beginning stages.

“Vladimir Putin ‘ordered an influence campaign’ aimed at helping Donald Trump win,” read The New York Times headline on the intel report. The report actually stated that Putin ordered the meddling campaign long before he decided to back Trump over Clinton, but The New York Times frame effectively gave the impression he was in on Trump from the beginning. (RELATED: Intel Report Destroys Democrat Talking Point On Leaked Emails)

Years later, special counsel Robert Mueller has concluded there is no evidence to support the collusion theory, and The New York Times’ own reporting this month pours fresh water on the “Putin loves Trump” theory. In a report about renewed scrutiny of the Steele dossier, The New York Times raised the possibility that much of the salacious document that has overshadowed Trump for years now was the result of a Russian disinformation campaign. 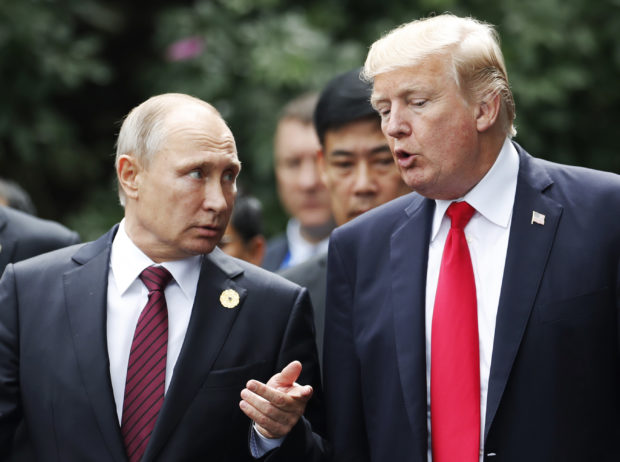 US President Donald Trump (R) and Russia’s President Vladimir Putin talk as they make their way to take the “family photo” during the Asia-Pacific Economic Cooperation (APEC) leaders’ summit in the central Vietnamese city of Danang on November 11, 2017. (JORGE SILVA/AFP/Getty Images)

In a brief aside midway through the report, The New York Times points out that such a campaign would mean the Russians had undermined Trump as well as Clinton, indicating the idea that Putin’s primary meddling goal was not about Trump. (RELATED: Three Bungled Stories On Russian Meddling All Demonstrate The Same Big Mistakes)

“Another possibility — one that Mr. Steele has not ruled out — could be Russian disinformation,” the report says. “That would mean that in addition to carrying out an effective attack on the Clinton campaign, Russian spymasters hedged their bets and placed a few land mines under Mr. Trump’s presidency as well.”

This reading is in accord with the early intel assessment of Putin’s goals to undermine the U.S. democratic process and public confidence in its institutions. Regardless of whether the Russians deliberately fed Steele disinformation for his dossier, the document was foundational to the investigation into Trump that has consumed the first two years of his presidency and is now itself under GOP scrutiny in Congress. The resulting questions about the legitimacy of Trump’s presidency and now of the FBI probe certainly advanced Putin’s goal of sowing discord and distrust.

If he achieved all this by means of a disinformation campaign, in addition to hurting Clinton’s chances by releasing stolen emails from her and the Democratic National Committee, it would mean he got the best of both worlds: Clinton is not president and Trump’s presidency has been undermined for two years now. The evidence suggests a particular alliance with Trump was not the primary motivator in the meddling campaign. (RELATED: The Media’s Russia ‘Bombshell’ Looks Even Worse Now That Mueller Found No Collusion)

The New York Times’ admission fits with what the public has already known. U.S. intel agencies traced the launch of the meddling campaign back to Spring 2015, months before Trump announced his presidential bid, and Putin’s campaign was likely in the planning stages long before then. 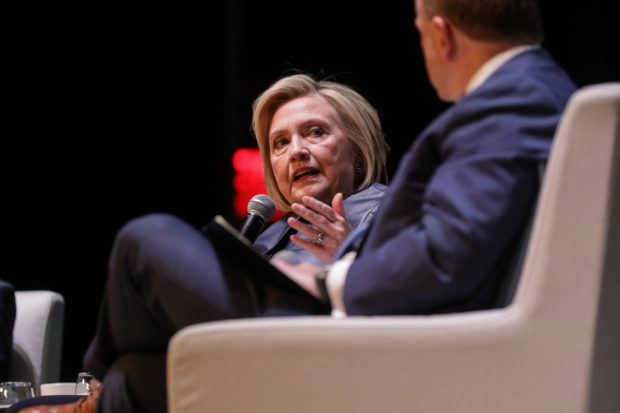 Trump was just a media punchline at that point, while Clinton had long been on Putin’s bad side. Their rocky relationship goes back to her tenure as secretary of state and as senator. She once accused his party of rigging an election, and Putin accused her of inciting protests against his government.

The intel report stated that Putin eventually “developed a clear preference” for Trump. But the report gave no evidence to suggest the origination of the campaign had anything to do with Trump, and plenty of reason to believe the opportunity to denigrate Clinton was a factor from the start, if not a primary motivator. Given the bad blood between them, it remains plausible that he would have come to prefer any candidate over Clinton.

Even Clinton herself has attributed a grudge toward her as the motivation for the Russian hacks. “Vladimir Putin himself directed the covert cyber attacks against our electoral system, against our democracy,” she said in 2016, regarding news of Putin’s involvement in the email hacks. “Apparently because he has a personal beef against me.”

She added: “I want you to know this because he is determined not only to score a point against me, which he did, but also to undermine our democracy.” TED CRUZ SAYS: “This is a powerful thread, Very worth reading…”