An American Airlines customer service agent recently was caught on video in an argument with a police officer passenger and his wife over missing luggage, saying the officer “might kill me.”

Tirado told Blue Lives Matter that she, her husband Michael — a New Jersey correctional officer — and their two kids were traveling to Florida when bad weather led to the cancellation of their Philadelphia to Fort Lauderdale, Florida, flight. 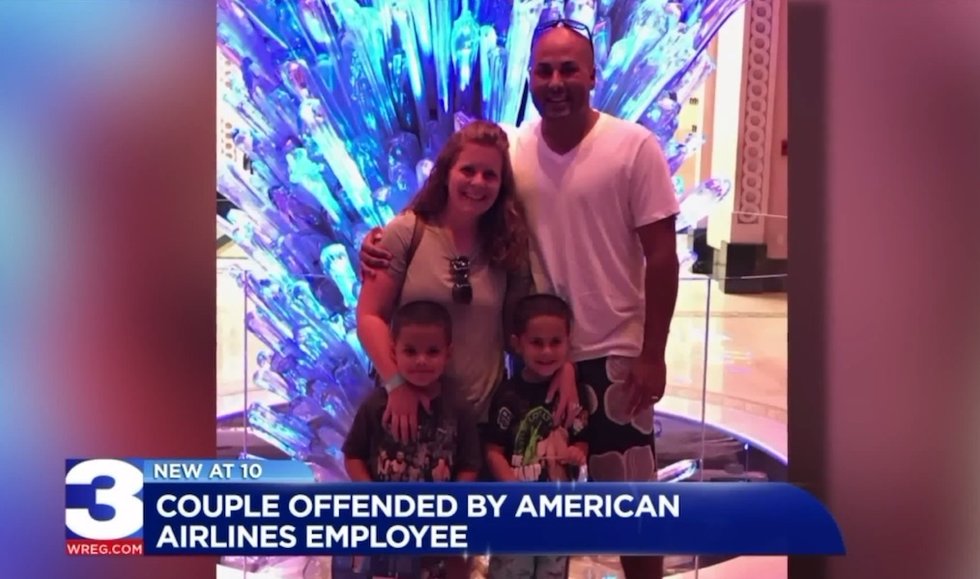 So the family was rerouted through Memphis, Tennessee, to Miami, she told the outlet, and when they arrived in Memphis after midnight, they faced a four-hour-plus layover before their next flight.

The American Airlines gate agent suggested they make sure all their luggage made it on their new flight, Blue Lives Matter said. Sure enough, one bag was missing — and so they went to speak to an American Airlines customer service agent in the baggage claim office, the outlet said.

“He was horrible at his job, he had zero answers for us as to where our bag was,” Tirado told the outlet. “We were so frustrated at this point trying to keep it together because our boys were sitting in the hallway near us. Finally we asked for someone else, and my husband told the agent ‘you are useless to us.'”

With that, the agent began to “lose his mind,” she told Blue Lives Matter, adding that “he started screaming at us, telling us that his children were our age, and they were doctors and lawyers, and we have no right to talk to him like that.”

“My husband said, ‘I don’t care what your kids do. That has nothing to do with this. I am a police officer in New Jersey,'” Tirado added to the outlet.

“He said, ‘Oh, you’re a cop. That means you’re a killer,'” she recalled to Blue Lives Matter. “I could not believe my ears.”

Tirado told the outlet she then began recording the encounter on her cellphone — with American’s “one world” logo ironically in the background — during which the agent said, “He might kill me because he’s a police officer that called me useless.” 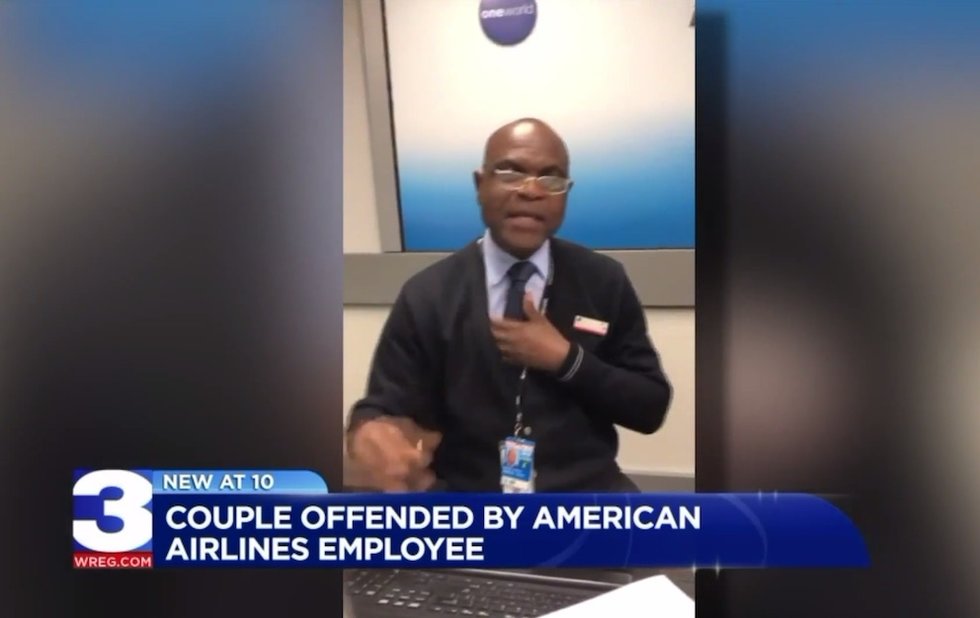 “Just to hear somebody say your husband’s a killer, especially in front of our two little boys,” she told WREG. “It was sad.”

What did American Airlines have to say?

The station said American Airlines wouldn’t say if the employee was reprimanded but did release a statement, which says in part: “What we see in the video is extremely concerning: In our culture, every interaction with a customer or team member should be grounded in respect. That’s not what we saw here.”

The airline added to WREG that while it wouldn’t release the employee’s name, officials are talking with the family and taking steps to make sure something like this doesn’t happen again.

“We apologize to the Tirados regarding the interaction they had with an Envoy team member at MEM during their travels last month,” American told Blue Lives Matter.

Tirado told WREG that American Airlines took her initial complaint when the incident occurred but didn’t follow up until she shared the video Wednesday on Twitter.

“I tend to keep my kids in a bubble when it comes to the hatred towards law enforcement,” she noted to Blue Lives Matter. “I never want them to be nervous of daddy going to work, and that man took this away from us. It’s so sad.”